Today is INTERNATIONAL BEER DAY! A day we honor what may very well be the greatest invention of all time by sipping a tall glass of your favorite brew, or cracking open a cold one with the boys.

What exactly is International Beer Day?

IBD has three stated purposes, to gather with friends and enjoy the taste of beer, to celebrate those responsible for brewing and serving beer, and to unite the world by celebrating the beers of all nations together on a single day.

Now that we got that out of the way,  grab your favorite beer and check out these

1. At any given time, 0.7% of the world is drunk. So basically 50 million people are drunk right now!

2. The world's longest hangover lasted 4 weeks after a Scotsman consumed 60 pints of beer.

3. Cenosillicaphobia is the fear of an empty beer glass.

5. In 1956, the U.S. exploded atomic bombs near a few beers to see if they are safe to drink. They are indeed.

6. More Guinness beer is drunk in Nigeria than Ireland.

8. In France, Germany, Austria, Spain and the Netherlands they serve beer in McDonald's.

9. Beer was one of the most common drinks during the Middle Ages. It was consumed daily by all social classes in the northern and eastern parts of Europe where grape cultivation was difficult or impossible.

10. President Jimmy Carter signed a bill that created an exemption from taxation of beer brewed at home for personal or family use, opening the door for today's craft beer brewers.

Now that you know all these cool facts about beer, why not make yourself some of Guy Fieri's Big Bud Beer Can Chicken to go with that nice cold brewski?

If you're curious about what the foam in beer does or is good for, check out this video below: 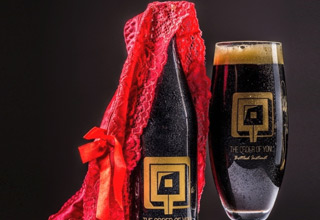 NEXT ARTICLE The World's First Vaginal Beer Is Now For Sale