Hidden gems play a special role in the world of cinema. They’re not made to break box office barriers. They exist to fill in the gaps that franchise like Marvel, Harry Potter, and Star Wars just can’t.

It’s not about being the hero or perfectly fitting the pieces together in the end. Hidden gems often reveal to us the true chaotic nature of humanity. They take a closer examination at some of the complex problems people face, like what to do if you’re wife gets kidnapped by Satanists, or what it means to be human.

Yet sadly, and thanks to the astronomical budgets of the aforementioned franchises, these smaller films fall through the cracks of popular culture and are ignored.

This brief list is an assortment of some hidden gems focusing on the psychological strain of life.

A gritty man on the run in the south implores the help of two teenage boys as he attempts to escape the law. This coming-of-age story revolves around Ellis (Ty Sheridan) as he grapples with his parents’ ongoing divorce. Also starring Mathew McConaughey, 'Mud' takes a closer look at how love can drive you to do crazy things. This film did receive some acclaim at its release but was soon forgotten under the pile of other 2012 blockbusters.

Where to stream Mud?

You can stream Mud on PlutoTv for free.

Mark Ruffalo plays a distracted bus driver who accidentally runs over a woman crossing the street. Anna Paquin witnesses this gruesome incident, and the injured woman dies in her arms as she tries to resuscitate her. As days pass, their lives become entwined in lawsuits and family disputes that test the limits of human compassion. This movie is such a twisting drama of questionable choices and intense psychological damage.

Where to Stream Margaret?

You can stream Margaret on Apple TV, YouTube and Vudu.

This film is set in Columbus, Indiana where Jin Lee (John Cho) must care for his estranged architect father who has recently fallen into a coma. There he meets a young woman Casey (Haley Lu Richardson) who works near the hospital and knows Jin’s father. Jin learns Casey’s mother is ill from drug addiction and she has put off a career as an architect to be with her. They become connected through the modernist architecture in Columbus and teach each other what it means to care for a loved one.

Where to stream Columbus?

You can stream Columbus on Prime Video, Apple TV, and YouTube.

This film is credited for influencing the Matrix trilogy. A neo-noir sci-fi thriller about John Murdoch (Rufus Sewell), a man who awakes in a hotel with amnesia and is being accused of murdering a woman. Murdoch traverses the dark city, a city perpetually vailed by night, attempting to discover his identity and clear his name as he uncovers the mystery of “The Strangers”, a fascist regime that controls the city. Old, but still worth it. This film knows how to make you question your entire reality.

Where to stream Dark City?

You can stream Dark City on Prime Video, YouTube, and Apple TV.

David Robert Mitchel directs this supernatural psychological horror film set in Detroit, Michigan. The film follows a group of teenagers trying to elude a supernatural entity that attaches itself to people after sexual encounters. The themes of trust, consent, and safe sex are obviously apparent in a film that is paying homage to classic 80s horror. The soundtrack is what calls us back to this move. 80s synth wave drives the creepy intensity throughout the entire film, and you’ll go back just to listen to those sweet vibrations again and again.

Where to stream It Follows?

You can stream It Follows on NetFlix, Vudu, and Pluto Tv.

Another neo-noir thriller, 'To Live and Die in LA,' directed by William Friedkin, is about two counterfeit investigators attempting to take down Rick Masters (Willem Dafoe), a big-time counterfeiter. A straightforward detective film with hints of Blade Runner and the Matrix, until the unlikely ending. This film tells an amazing story that just flew under everyone’s radar.

Where to stream To Live and Die in LA?

Sadly, 'To Live and Die in LA', is currently unavailable on most major streaming platforms, but if you know where to look, then you shouldn't have much problem finding it.

This offbeat sci-fi film tells the story of an extraterrestrial woman (Scarlett Johansson) who preys on unsuspecting men in Scotland. This film attempts to dissect humanity from the lens of an “other”. Johansson’s character tries to assimilate herself into our culture only to find that she is confused and hindered by her human body. The film examines the shallowness of human emotion and our inability to understand ourselves on intimate levels.

Where to stream Under The Skin?

You can stream Under The Skin on Prime Video, Apple TV, and YouTube.

A classic revenge film, Red Miller (Nic Cage) lives in the wilderness of the Shadow Mountains of the Mojave Desert with his girlfriend Mandy (Andrea Riseborough). Mandy is a fantasy artist whose paintings reflect her past of psychological hardship. It seems Red and Mandy both live in seclusion to try and heal from their dark pasts. One day, a hippy cult passes Mandy along the road and plots to kidnap her. After the LSD fueled satanic sacrifice, Red is driven into a violent vendetta to bring his girlfriend back from hell. Set in the 1980s, this film is a defining factor in psychological thrillers. A true hidden gem with an amazing score.

Where to stream Mandy?

You can stream Mandy on Prime Video, and YouTube.

Based on the novel of the same name, 'The Paperboy' is about a reporter who returns to his hometown in Florida to investigate the mystery surrounding the murder of the town's Sheriff. With an all-star cast, this film has the viewer connecting the dots as the characters weave through this complex world of murder, sex, and sweat. Seriously, everyone is constantly sweating in this movie. It was considered a flop when it came out, not making nearly enough as the budget, but the writing is damn good and the settings make this movie a real gem.

Where to stream The Paperboy?

You can stream The Paperboy on Prime Video, Apple TV, and Peacock.

Starring everybody’s golden boy Keanu Reeves, 'A Scanner Darkly' is another movie based on a novel of the same name written by Philip K. Dick. This rotoscoped psychological sci-fi is about Robert Arctor (Reeves) an undercover detective living in a dystopic future where the United States has lost the war on drugs and the elicit Substance D, a powerful hallucinogenic drug, has hooked 20% of the US population. In a future of surveillance, anonymity among the powerful, and high stakes drug addiction, Robert Arctor finds himself unraveling the mystery of Substance D. Another all-star cast is thrown into a hectic world of drugs and paranoia in this one-of-a-kind gem.

Where to stream A Scanner Darkly?

You can stream A Scanner Darkly on Prime Video, Apple TV, and YouTube. 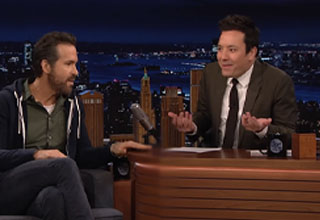