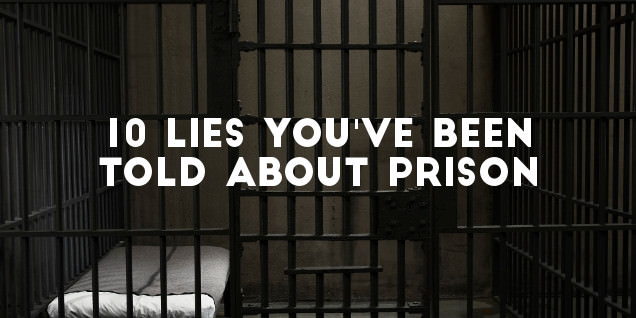 So you beat up an old lady while trying to get into Walmart for the Black Friday sale. You're worried you're going to end up in prison.

While prison is no laughing matter, it isn't as bad as you probably think it is. Or at least in some ways.

I've been watching a guy on YouTube called Big Herc over the years, and I've learned a lot from him. Apparently he spent a decade in the clink for robbing a bank, so he's a good person to listen to on this subject matter.

I've learned some surprising things while watching his videos. Below are some of the best.

1. Everyone Is Treated The Same

This isn't even remotely close to true. Money and influence equals power in prison. Guys like El Chapo are able to live a life of luxury, paying for people to do all their errands and even spend extra money for goodies at the prison shop. Ya, there's a flippin' shop in prison called the commissary, and you can spend real money to buy things from New Balance shoes to cookies. Sounds better than the store at my college, to be honest.

2. Get Ready To Fight All The Time

Look, with all that testosterone built up, you're darn right some dudes are always looking to pick a fight. But starting conflict in prison always has a price. So, technically speaking, you can actually keep out of all the violence if you play your cards right. Big Herc recommends not opening up to anyone, and mostly keeping to yourself. Sounds boring, but it's probably worth it.

Prison Guards obviously aren't liked all that much, but over time there are a lot of interactions that inmates have with them. Depending on how that Guard treats the inmates he can either build a reputation as a real dbag or earn respect. In some cases, when things go wrong inmates will even help a guard out, such as in the story Big Herc tells in the video below where one was saved from death.

4. If You Laugh, Be Prepared To Get Your Wig Split

While giggling like a schoolgirl probably wouldn't go down well on the prison yard, laughing happens all the time, especially during movie nights (yeah, these exist). There are even some guys in prison who specialize in being funny, and are able to keep out of trouble because of it.

Hell no it isn't. Prison is one of the most segregated places on the planet. Prison Guards won't even mix races in cells, and making friends with people of other races is frowned upon. That's pretty dang sad when you think about it, but it's true, and just another reason people can't get along in the slammer.

I've got some bad news. If you think that there are only a few knives floating around prison, you're dead wrong. Apparently, there are knife dealers that just about everyone knows about, usually called "The Shank Man". They're willing to sell to just about anyone for the right price. This... is kind of terrifying when you think about it.

Also Read: 25 Of The Nicest Prisons In The World

7. Molesters Have A Huge Target On Their Heads

Actually, nope, this one is true.

I don't know how it's possible, but it sounds like guys are able to get all sorts of things snuck into prison, including drugs and even cell phones. Some guys will rent out their phone for a price, and are able to recharge it with the help of crooked prison officers.

Your size doesn't mean all that much in prison, it's all about you conduct yourself. Do you display weakness? Will the lions be able to circle and intimidate you? As long as you have high confidence and keep to yourself, it doesn't matter how big you are. And, actually, Big Herc says that some of the toughest guys he ever saw in prison were skinny as can be.

10. You're Literally Screwed If You Drop The Soap

The whole idea that you'll be anally obliterated if you drop your soap is a bunch of nonsense. That sort of thing rarely happens in prison. Though, Big Herc does say that if this does happen, be careful where your eyes look. If those pupils start floating around looking at "things" you might just find yourself with a black eye and a reputation you definitely don't want. 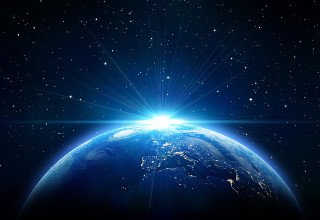