Finally, science being used for good! Enough with science trying to take us to the moon, cure cancer, prove the earth is round, and fix global warming. Science should be used to tear people down. Salty science is the best science, and this young boy embraced his hate like Palpatine's padawan and used his salty powers to prove that Tom Brady is a cheater.

This is Ace Davis, a salty AF 10-year-old kid from Lexington, Kentucky who chose the best topic for a science fair ever.

Including a Brady Deflategate meme, a Tom Brady crying pic, and other pictures of Brady on Ace's science project. And for good measure, Ace added a picture of himself in his football uniform (Ace plays quarterback, just like Brady) with a giant green checkmark, and put a giant red X over a picture of Brady.

Ace was interviewed by NFL Draft Diamonds and this is what he had to say.

How did you come up with the idea for your science fair project?

Because I hate Tom Brady, he’s been accused of cheating before, I want him to be caught.

If you could share a message with Tom Brady what would you say to him?

Gimme some of your money, you don’t deserve it.

We heard you won the event at the school and are off to states?

Yep and I’m gonna win that too.

Now we just need his science prowess to prove if the earth is flat. 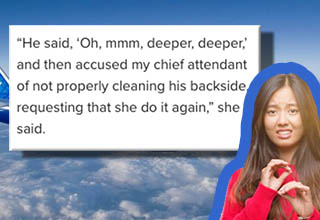