The Aztec Macuahuitl was a formidable weapon made of wood fitted along its edge with razor-edge obsidian shards sharper than steel. Its closest analog from a western armory is the broadsword, though its flat head leaves it incapable of thrusting. They came in one-handed and two-handed varieties with elongated handles to counterbalance the considerable weight of the wooden "blade."

Sword Whip by Aminchok on Sketchfab

The Urumi was a tremendously difficult weapon to master, posing as great -- if not greater -- a threat to its wielder as its opponent. The flexible, whip-like blade was composed of sharpened steel segments fitted to a coil and hilt made of iron or brass. While historians debate how effectively the Urumi was used in combat, the general consensus remains that it was indeed more than ceremonial, with actual techniques being taught today in traditional south Indian martial arts such as Kalaripayattu.

In use as late as the 18th century in Europe, the Man-Catcher is one of the few examples of a non-lethal polearm (not all varieties included the metal spikes shown in the accompanying model). The Man-Catcher's origins lay in medieval combat where targets would often be fitted with some form of armor, protecting them from the otherwise grievous injuries that the forward-facing prongs could inflict on an exposed neck; an excellent device for unseating important hostages from horseback without killing them.

The Chu No Ku was an effective engineering marvel from second-century China that was capable of firing medium-velocity crossbow bolts at high succession. Though its advantages are clear, the relative lack of stopping power compared to a traditional crossbow made it less common among military armories and instead favored as a form of civilian defense or hunting. The bolts were often tipped with poison, turning it into a lethal weapon capable of dispatching numerous targets at once.

The signature weapon of the New Zealand Maori, the Patu was a short-handled blunt weapon carved from numerous materials, including stone, whalebone and -- most prized of all -- jade. A small hole was drilled into the handle of the Patu to be strung with a cord that could be worn around the wrist during combat or tied to a belt at rest. Much like the Katana was to the Samurai, the Patu was considered a sign of prestige among Maori warriors, with more elaborate and decorative Patu kept as ceremonial status symbols among prominent Maori. It is said that defeated Maori warriors would ask to be slain by their own personal Patu.

Ancient Katar by rafaeldejongh on Sketchfab

The most iconic of the Indian daggers, the Katar was essentially a cross between a pair of brass knuckles and a dagger/short sword. The blade rested right over the knuckles and was often thickened considerably at the base, allowing its wielder to thrust with all their weight behind the blade in a manner identical to a punch, though it could be used for slashing as well. This allowed the wielder to penetrate armor and shields, with some scholars speculating its name originates from an earlier word for a Gatka technique that translates into 'shield splitter.' Like many weapons, the Katar transcended its use as a mere weapon and became a status symbol among warriors, often gifted to kings and princes by generals as a sign of loyalty and gratitude.

The Mambele were a family of axe/throwing-knife hybrids originating in Central Africa. They were especially salient among the Zande people where they were known as Kpinga. The Mambele were long and composed of multiple hooked blades, increasing the likelihood of embedding themselves in the target and, due to the hooks, almost impossible to remove without inflicting further injury. The Kpinga were so intertwined with Zande culture they eventually became part of the dowry a suitor would pay to the family of his would-be bride.

One of the most prominent among the Bronze Age blades, the Khopesh was a curved sickle-like sword/axe hybrid that originated in Mesopotamia and eventually became a fixture of Egyptian culture. The curve of the blade increased its propensity for slicing, while the inverse hook it created on the other side allowed its wielder to unseat mounted opponents or rip their shields away. This versatility made it an extremely dependable and coveted weapon among the Egyptians, with ceremonial variants often depicted in the hands of pharaohs -- with two Khopesh found buried alongside Tutankhamun himself.

Chakram by AndreySurnachev on Sketchfab

One of the premier throwing weapons of the Indian Subcontinent, the Chakram is a sharpened disc-like ring with a dull edge on the inside that allows it to be spun on a finger to gather velocity before being thrown. Aside from serving as a potent ranged weapon in the right hands, the Chakram is also one of the characteristic weapons of the Sikhs, among whom it could be used as defensive headwear atop the turban to protect from cutting attacks. Though considered difficult to wield from a modern lens, there exists numerous accounts from historical scholars describing their very real use in battle.

Atlatl - Spear-thrower by Micltan: The Game - An Ancient Mythical Tale on Sketchfab

The Spear-Thrower, commonly referred to by its Nahuatl name Atlatl, is a simple device that imparts devastating power to a thrown projectile, typically a long dart or spear. Similar to a ball-thrower you might've used as a kid, it acts as a simple lever that compounds the force behind the spear -- allowing it to reach absolutely insane speeds of up to 93 mph. This simple to make, easy to master device has been independently invented in numerous societies across the world, with many using their own tweaks and additions such as a 'Bannerstone' that served as something like a silencer, quieting the sound of the fletching and whooshing sound of the projectile's flight, to prevent from alerting prey. 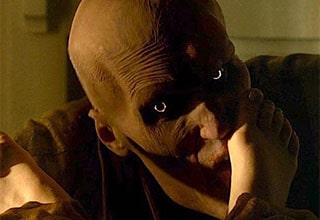