Russian officials are continuing to investigate the scene of a deadly mass-killing in the Crimean Peninsula.  A 4th year student of the college was the one who carried out the heinous attack before taking his own life in the campus' 2nd floor library.

So far, 18 people are dead (most of them students / teenagers) and 40+ have in been injured. Four military planes were ready to evacuate the wounded to hospital facilities,  Russian Defence Minister Sergei Shoigu said. The attack was originally classified as an act of terror, but has since been reclassified as a mass-killing.

Initially there was some confusion among officials about the incident. First a gas explosion was thought to be the cause, then an explosive device in the canteen during lunchtime in a suspected terrorist attack.

Witnesses, however, reported that victims were being killed by a gunman or gunmen. An Investigative Committee announced all victims were fatally shot.

Several witnesses described a gunman stalking the halls and firing at classmates and teachers until he ran out of ammunition. A bomb may also have been detonated during the attack, although Russian government agencies provided conflicting reports. Sappers said they later disarmed several more explosive devices at the college.

The attacker was identified as Vladislav Roslyakov, 18, a student of the Kerch polytechnic college, Crimea’s regional head announced on television. Roslyakov, who carried a shotgun or rifle, killed himself at the site of the attack. The motive behind the attack was not immediately made public, although reports in Russian media said he had told acquaintances he was angry at his teachers and wanted to “get revenge”.

Stills from a video camera showed that he wore black pants and a white T-shirt, clothing that resembled the outfit worn by the Columbine high school attacker Eric Harris. The 1999 high school massacre has led to dozens of copycat attacks and plots in the US and abroad, including a foiled plot by two 14-year-old boys at a North Yorkshire school last year.

Such school shootings are rare in Russia, in part because rifles and handguns are hard to acquire.

Officials have not released a motive for the attacks although they do believe the man had recently become hostile towards the university. A somber-faced Putin deplored the attack as a “tragic event” and offered his condolences to the victims’ families during a news conference.

More on this developing story via BBC News. 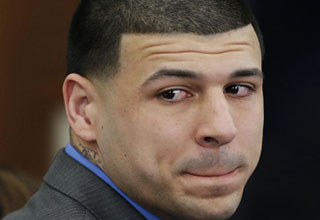