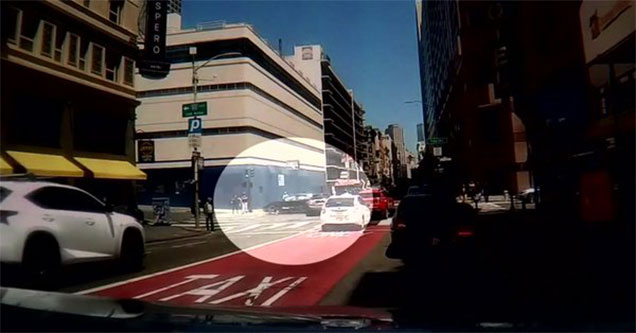 A 21-year-old woman has been arrested for running a red light in San Francisco leading to the death of 39-year-old Benjamin Dean of Clovis, California who was visiting the city with his wife to celebrate their wedding anniversary.

The woman who has been identified as Kelsey Cambridge of Vallejo was taken into custody after the deadly crash. The Tesla she was driving was rented from the app Getaround and there has been speculation that the car could have been on autopilot, but so far that is just speculation and weak speculation at that.

A shocking dash-cam caught the crash on tape and shows Cambridge racing through the stoplight without even attempting to hit her brakes. San Francisco has a number of issues, and one that seems to keep coming up is pedestrian safety. This is just the second pedestrian death in the last four days in San Francisco.

Warning: The Video is Disturbing

News outlets have begun releasing more information and below is a clip of Cambridge being taken into police custody.

#Driver of Tesla being arrested in fatal crash that killed Benjamin Dean, 39, of Clovis. Dean was walking with a woman, possibly his wife, in crosswalk. San Francisco Police say driver is 22-years old with addresses in SF and Vallejo. Was renting Tesla through @Getaround app. pic.twitter.com/CEHJH9Y0SS

The San Francisco Medical Examiner has identified the man who was killed in this crash as 39 year old Benjamin Dean. 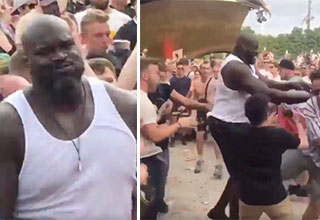 NEXT ARTICLE Shaq Seen Moshing At Tomorrowland, Proves He's Just Like The Rest Of Us