A Sydney man named Sam Ballard passed away on Friday almost 10 years after he ate a slug on a dare. The slug had rat lungworm usually found in rodents.

Ballard was 19 when he first swallowed the bug on a dare from his friends, what he didn't know is that it was going to change his life forever.

In this special report @Lisa_Wilkinson talks to the amazing family and friends of Sam Ballard #TheProjectTV pic.twitter.com/UXY5KGeWjF

"We were sitting over here having a bit of a red wine appreciation night, trying to act as grownups," Ballard's friend, Jimmy Galvin, told an Australian news network.

"A slug came crawling across here ... The conversation came up, y'know. 'Should I eat it?' And off Sam went. Bang. That's how it happened."

A few days after eating the slug, Ballard complained of pain in his legs. An initial fear of multiple sclerosis, which his father suffered, was ruled out, before doctors diagnosed him with rat lungworm. He contracted eosinophilic meningoencephalitis which some people can recover from, Ballard however did not.

The slug then went on to give him a brain infection and over 400 days of being paralyzed and in a coma. Almost a decade later, after friends and family tried everything, Sam Ballard passed away at the age of 28. 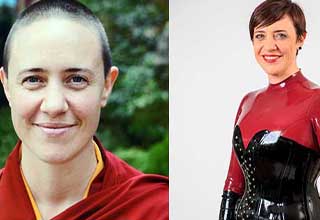