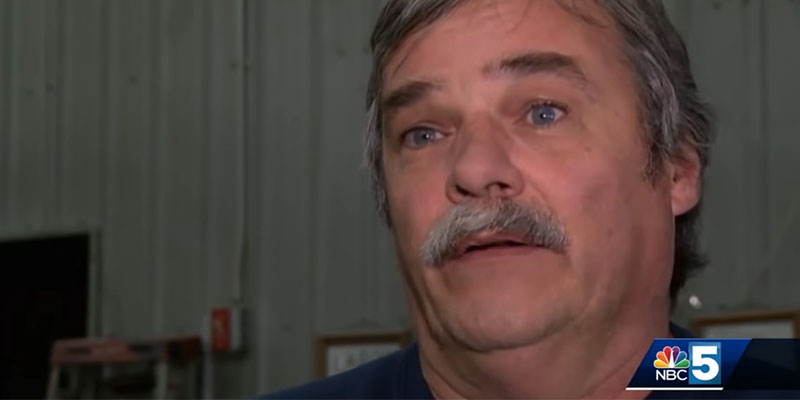 The giant wood craving cost about $4,000 to make and weighs about 700 pounds, but Ted was more than happy to pay the lump sum. He placed the statue on a giant pedestal near the highway so anyone driving by would be able to see his work of art. 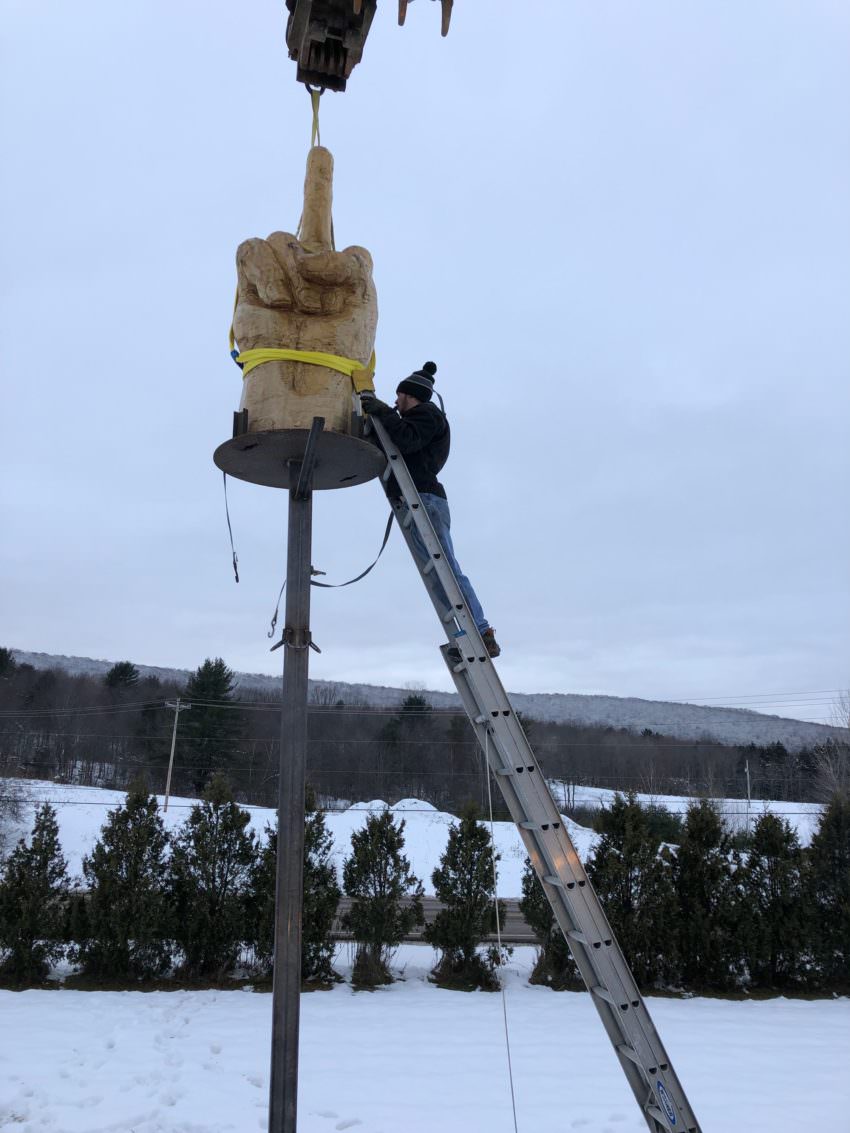 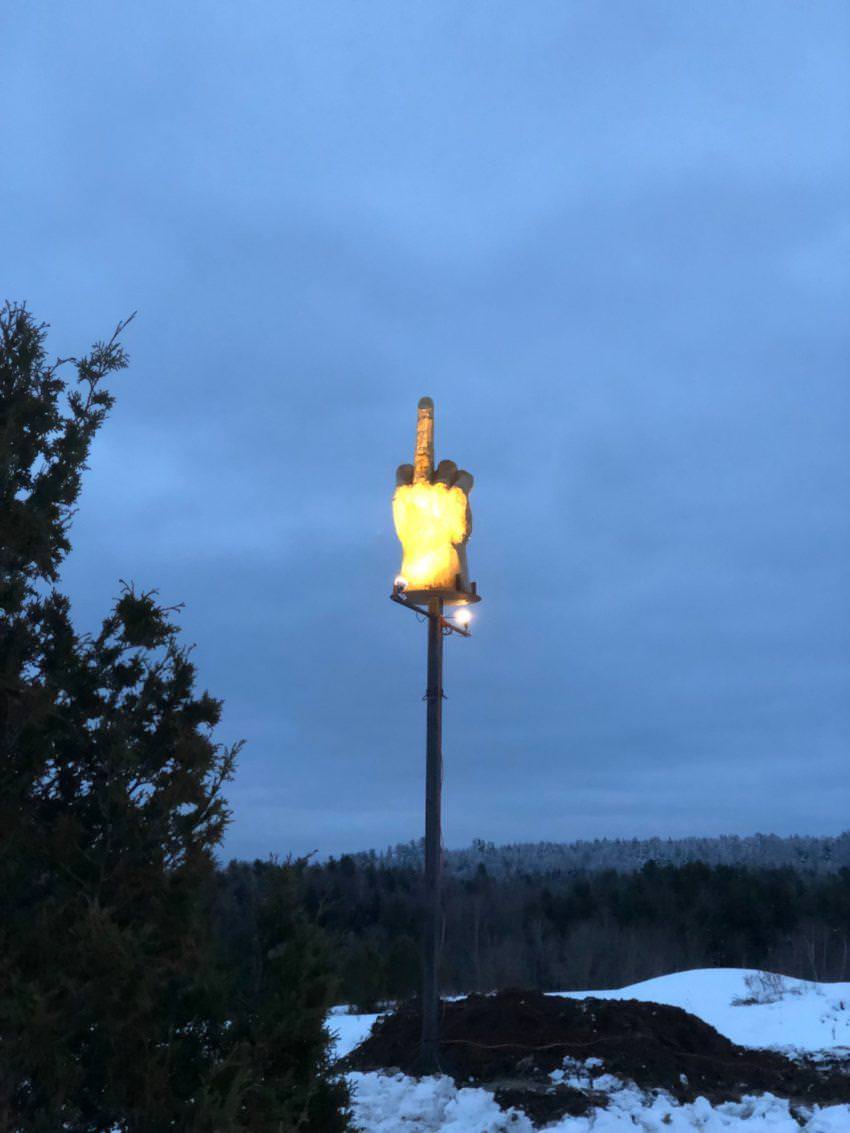 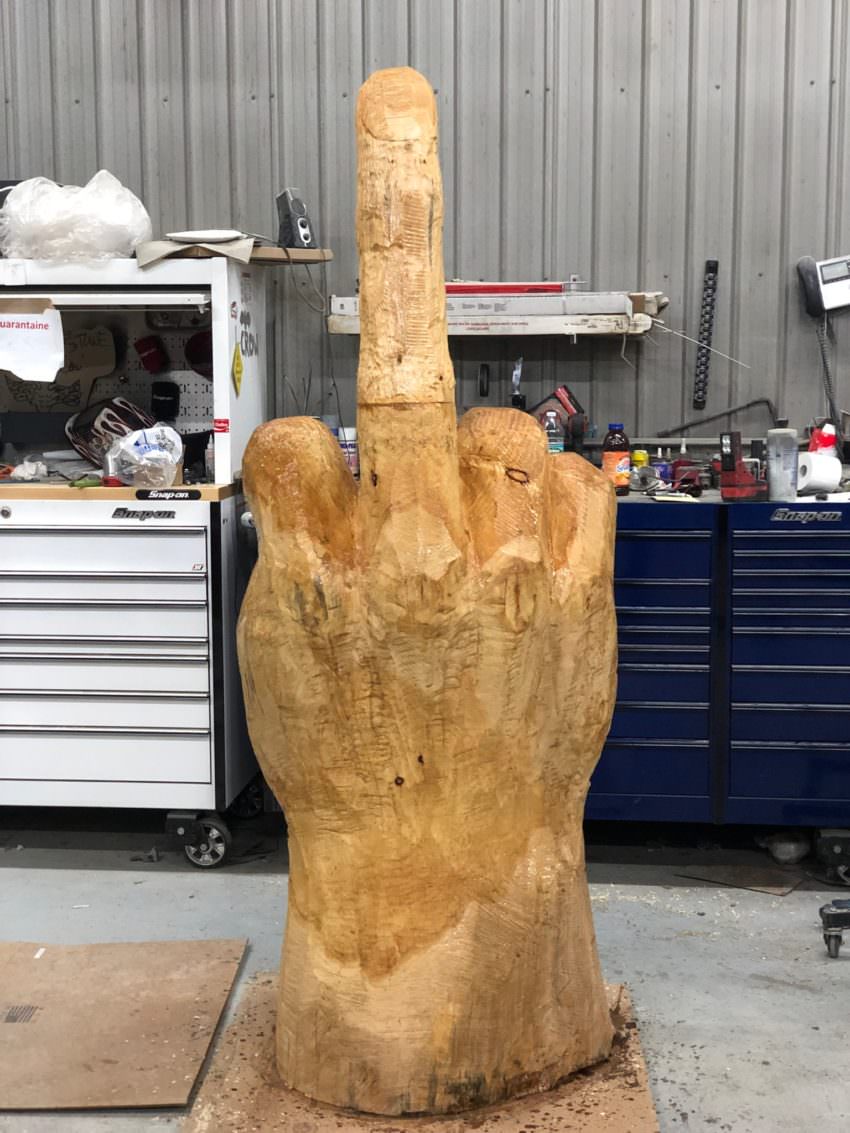 Let's hope that the sculpture gets it's message across and Ted Pelkey finally gets what he has been waiting so patiently for.