Another day, another beautiful reason to share a laugh with your friends on the web. So as your get your day going and pour yourself a hot cup of joe, we've got a short list of some Twitter classics that will give you that much-needed pep in your step.

So don't just take our word for it, get scrolling and enjoy this find batch of random videos and memes free of charge.

If this guy is in the gym trying to better his life, what is your excuse? That's right, you don't have one. So get up and get to work.

Rule number one of recording a fight, make sure you don't get drawn into the action. This is crucial for multiple reasons. One being you may get hurt and two,  you might lose the shot.

Free this man, he only did what we all would in the situation.

The 18-year-old was convicted after spending the better part of $30,000 that a bank teller accidentally sent to his account. https://t.co/EO9QQEeKM0

Before you go Googling this one, yes it's a joke, but a damn good one.

The Lincoln County, MO Drug Task Force arrested a pirate.
When arrested he begged to walk the plank, he decorated a pontoon to sell drugs from. Which he required customers to say, “Ahoy matey, I come to purchase ye party favors.”

His nickname was Red Beard. pic.twitter.com/xmBCzVfuEP

Dragon Ball Z and Fortnite released their collaboration and to be honest, it looks pretty cool.  We can't hate it.

This is your sign that your perception creates your perspective, so while you might see a pretty cloud, we see the hand of God. Too bad we aren't paying attention. 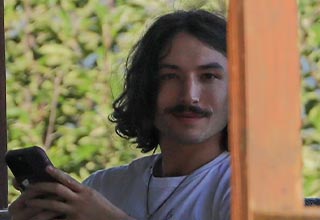