TikTok rapper @brittbarbie3 just dropped a new track and it’s… it’s up for debate what it is. The song, apparently titled “periodahh perioduhh” consists of just those two words, sung over and over again in a nearly two-minute video.

Racking up an impressive 11 million views and 1.2 million likes in just four days, whatever your opinion on the song is, the impact can’t be denied.

Is it a masterpiece or the worst song ever? You can decide for yourself, but the commenters are harshly divided. One TikTok user commented “I NEED IT AS MY RINGTONE”, and another compared it to the well-known screaming of goats.

Other popular TikTokers including @JessicaMashaba, @IcyWatt, and even the famous Santa Claus weighed in as well.

Some users have accused her of cultural appropriation. It doesn’t seem apparent at first, not until you watch her other videos. Usually, BrittBarbie has her hair naturally straight, but in this video, the curls give us a “Rachel Dolezal” kind of vibe.

All things considered, this is exactly the type of content TikTok wants people talking about. It's dumb, hilarious, and gets people asking questions. Like why is there a SpongeBob hashtag in the description?

Yet regardless of how you feel about it, this seems like the perfect track to propel brittbarbie3 into a long, and highly annoying rap career. 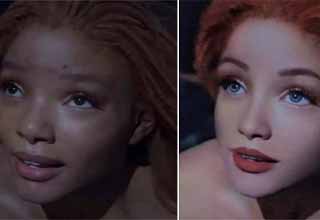