Right now, a change.org petition for Jeff Bezos to purchase and eat the Mona Lisa is surging, collecting several signatures per second.

A year-old, the petition at the time of this writing is suddenly just a few hundred signatures away from its goal of 5000 after several news outlets started reporting on the hilariously worded petition.

This kind of stuff makes partially restores my faith in humanity. While we're divided by so much bullshit -- most of it manufactured by the stupendously powerful -- we can all (mostly) agree that Bezos isn't a shining example of how to accrue massive amounts of wealth. For the most part. 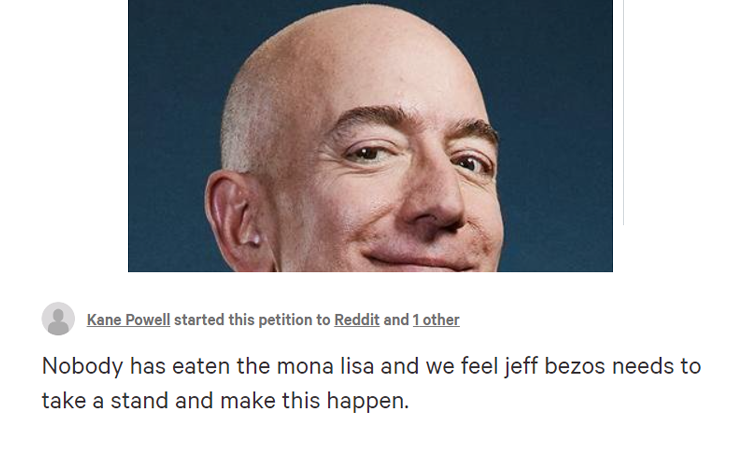 I mean I'm a hypocrite and still order things off Amazon just... all the time while telling people I "try" to shop at independent stores but, you know. Money.

But Bezos is rich. He's so stupidly rich, on a good day he's literally worth as much as Greece. All of Greece. New Zealand. One dude. That means, wealth-wise, all of the money sitting in every little Hobbit-home, every cent paid on that Athenian beach resort with the uncomfortably attractive yoga instructor paid.  every toll, tip, and dollar inside everything from a bank account to a street musician's hat would fit right into Bezo's pocket.

In other words, all of the money inside of two Cubas, two and a half Sri Lankas, or five Serbias.

And it just seems crazy. I'm not anti-capitalist or anything -- not at all -- and don't want to get bogged down in the ethics of being uber-rich. I just want to point at something awesome and laugh. Because people are awesome. Whoever made that is awesome.

And highlight that a sense of humor will be our last saving grace in this increasingly turbulent world. Whatever your color or creed, we can all agree that no matter how many Cubas you can buy, you're never too rich to be made fun of by us mere mortals. 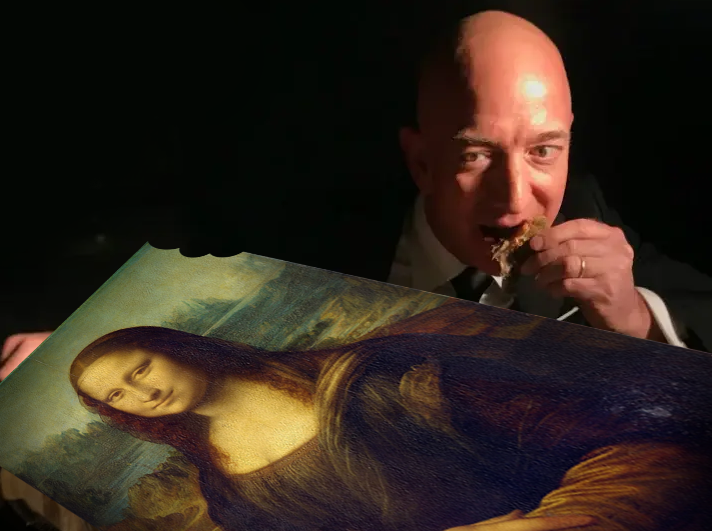 And that it would be pretty dope if Bezos actually sat down and dined on the Mona Lisa. That would actually be terrible, of course. But in a nihilistic, Joker-style sort of way, the undeniable spectacle of it would be breathtaking. 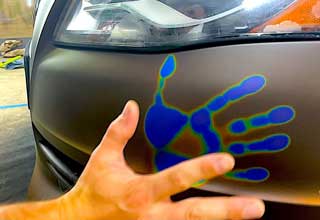