The Sandman is pissed off at the Academy for being snubbed for his portrayal in indie hit Uncut Gems and has vowed to make a movie so bad just to spite Hollywood.

Sandlers full quote while talking to Howard Stern in December reads as follows, “If I don’t get it, I’m going to f–king come back and do one again that is so bad on purpose just to make you all pay. That’s how I get them,” he said.

We agree with the Sandman, we think he should at least have received a nomination for his role, but Hollywood doesn't seem to like him very much and sports movies always get the shaft anyways. But there was one heartfelt moment between him and an old co-star on Twitter.

I love you my Bobby Boucher!!! You was robbed!! But Mama loves you!!! I learned a new urban slang word for you! You da GOAT!!
Not the one we eat at home, Son. https://t.co/2KDbfUjIXR

And honestly, if I were the Academy i'd make an exception in this case and would give Sandman the credit he deserves, because we all know Adam Sandler can make a bad movie, but if he does it on purpose, my god, help us all. 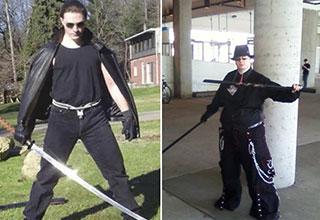