Friday evening a 29 year old aircraft mechanic currently only identified as "Rich", stole an Alaskan Airlines Turboprop plane in what some officials are calling an act of suicide.

No one else was on board the aircraft at the time it was stolen.  The mechanic took the plane on a lengthy joy ride before finally crashing on Ketron Island, in the Puget Sound.

Sea-Tac Airport tweeted a plane had been stolen and subsequently crashed by an employee. The Pierce County Sheriffs Department (where the plane crashed in the Puget Sound) was quoted as saying "the man was suicidal and that the crash was not being considered a terrorist act."

Two F-15 fighter jets were scrambled to observe but did not engage the aircraft or fire at it.  Some of the Pilots and ATC involved in the incident were quoted as saying the crash occurred because of the mechanic's lack of flying skills and / or training, and they did not know if it was actually intended to be a suicidal act.

Below is the recording of the conversation between the rogue pilot "Rich" and Air Traffic Control.  Rich is heard several times making jokes and referencing that his experience flying aircraft came from playing video games.

Here is a clip from KCAL 9 News with more info, as well footage from a witness as the event unfolded:

Here is another video captured by scared and confused witnesses on the ground: 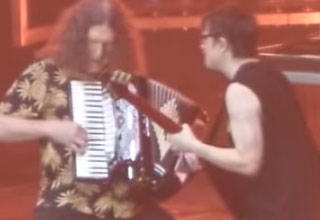