Andrew Tate fans and the Taliban have joined forces after the terrorist organization apparently expressed concern over the imprisonment of the misogynist social media influencer. Tate has been imprisoned in Romania on charges of human trafficking.

While Andrew Tate and his supporters have stooped to some pretty low lows in the past, siding with the Taliban even seems like a stretch for them.

"I prefer the Taliban to woke people" is a hell of a look.

Coming out pro-Taliban is a bold move in 2022

Pro-Putin is so yesterday apparently

I just got off a Zoom chat with El Chapo and Kim Jong Un and they have some concerns about how Andrew Tate is being treated.

Sameera Khan tweeted that clips from the spaces chat would be coming soon, but none have been posted yet. It remains to be seen if she will recognize that support from one of the world's worst terrorist organizations is a red flag towards the morality of her beliefs. Somehow, it doesn't seem like she will.

An interesting thing in 2022 is all the worst people in the world are sort of joining together. 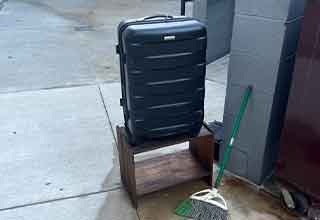