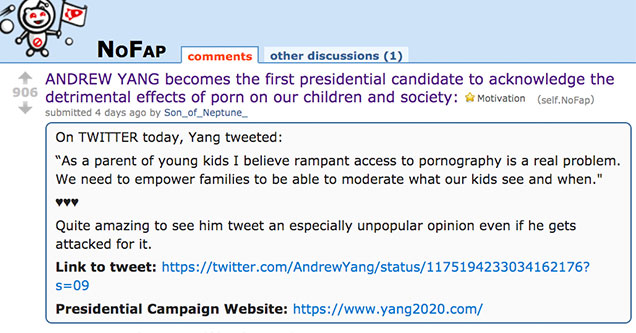 Andrew Yang is the only candidate in the 2020 race who has said he would issue $1,000 a month universal basic income for all Americans, helping bolster his campaign and even carry him to sixth in the polls.

As a parent of young kids I believe rampant access to pornography is a real problem. We need to empower families to be able to moderate what our kids see and when.

And well, this got the NoFap community all riled up and ready to go (figuratively of course).  The official blue check mark and verified NoFap Twitter account took the moment as a celebratory moment as they saw their once small community reach a climax in front of the country.

It's great to see a presidential candidate brave enough to say this publicly!

Or perhaps access to pornography is not the problem; rather, the inaccessibility of basic sex ed is the problem. We need to empower families to be able to teach our kids about sex, consent, and anatomy in a positive and shame-free way.

Memes and reactions From The Web: 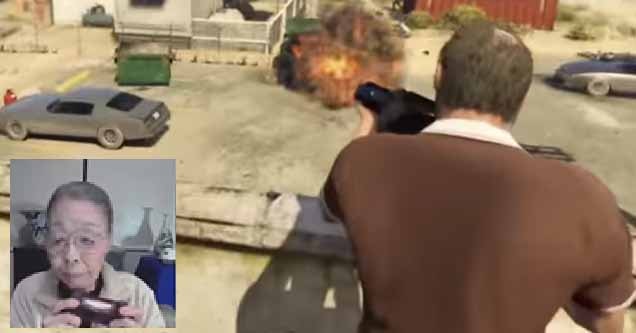