Distinctively delightful and somewhat unsettling, he’s like your Grandpa’s long-lost brother, who’s really goofy… and who's maybe killed a guy.

Day 253 in quarantine... I’m beginning to feel it’s side effects. What do you think?

With October around the corner, here’s a pick from the more ghoulish corner of Sir Anthony’s social media presence.  Hopkins, who is an accomplished composer, bangs out a beautiful, original composition that sounds like the perfect soundtrack to an elegant stabbing. Why the combination of these two totally unrelated things? To be weird, to be creepy, to be Sir Anthony Hopkins.

Going back to the near beginning of his TikTok career, Anthony showed us from the start just how strange he could be. This “video” is actually just a still photo of the actor, with his icy-cold, semi-murderous eyes staring deep into the viewer's soul. This TikTok is meant to display how insane he’s gone in quarantine, and boy did it succeed.

170 days in quarantine and I think I’m still sane

There’s something to be said about Mr. Hopkin’s fashion sense on TikTok. Often he’s dressed in classy, black suits, as anyone would expect an 84-year-old British fancy man to be. However, sometimes, he violently tosses our expectations away and shows off some crazy fits. During the summer, he’s been dressing like a mambo player straight from Havana, complete with a white hat and floral shirt. That doesn’t sound creepy at all, right? Well, watch him dance in it.

He really likes doing holiday-themed TikToks, maybe because there are more guests - or victims around for Sir Anthony. This one shows off how well he can… spit candy out and smile? Imagine this wrinkly old fella loading his mouth up with candy, thinking about how badly he wants to go viral. The results are undeniably entertaining - and creepy as hell.

Whether you love him, hate him, or don’t know what to think, Sir Anthony Hopkins has captivated his audiences with videos that make even the most out there creators seem tame in comparison. So enjoy Mr Hopskins while he still giving us all this insane content. 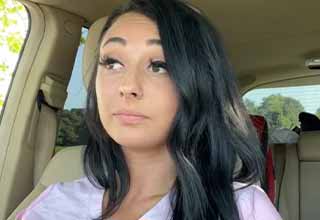