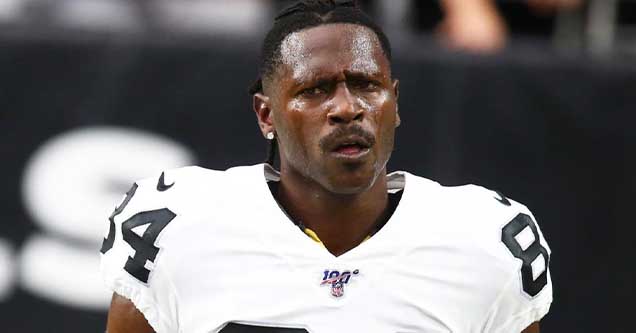 Antonio Brown is no longer an Oakland Raider.

The description below the video reads:

With all these false narratives antagonizing me, it’s time for me to control my own narrative. Show the world I’m not the bad guy. Show the world you can free yourself from the lies and become your own person. I am not just AB the football player, I am Antonio Brown, the person, who paved a way for himself to be in charge of his own life. Free me!

The highly-produced video features various artistic shots of AB doing his thing on and off the field, set to audio from a call between AB and Oakland Raiders head coach, Jon Gruden. Gruden can be heard praising AB's work ethic and acknowledging him as one of "the most misunderstood f***ing human being in my life that I've ever met." Gruden then goes on to ask him to "please stop this shit and just play football"

This comes just hours after Gruden told the media that AB would, in fact, not be suspended and would be suiting up for the Raiders' home opener on Monday night. AB narrowly avoided that suspension after had a much-publicized altercation with Raiders GM Mike Mayockover being fined by the team for not showing up to practice camp due to a dispute with the NFL over his helmet.

As if that weren't enough, AB followed that up with an Instagram post this morning where he tells the Raiders in no uncertain terms, "Release me." 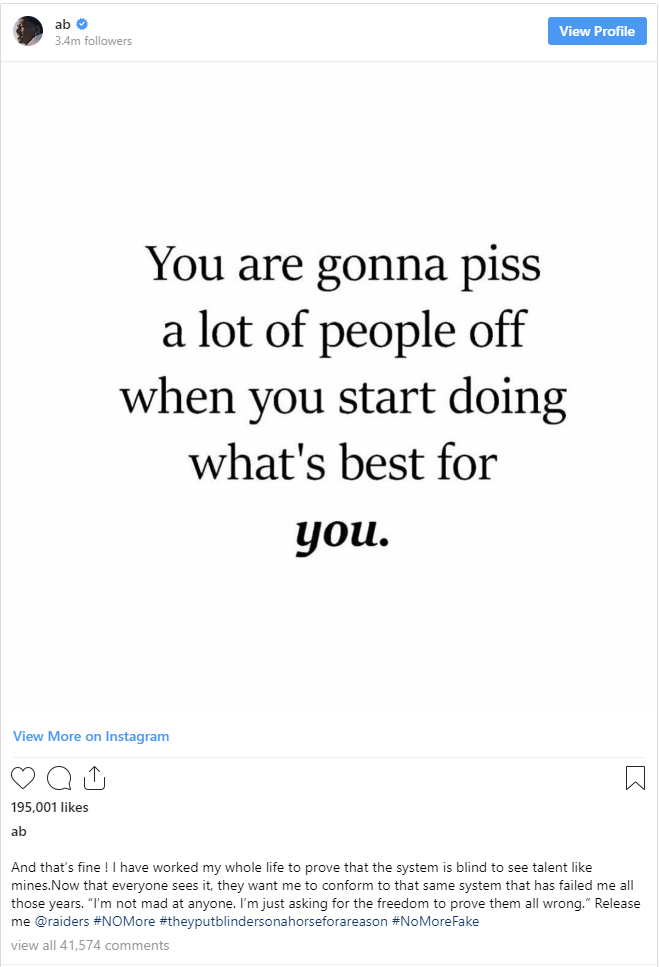 According to ESPN's Jeff Darlington, AB was unhappy with the fact that the team made moves that would essentially void all the guaranteed money in his contract.

Raider fans when Antonio Brown went from a meaningful apology then not even 24 hours later saying “release me” pic.twitter.com/9fwilAAxZ2

Well, it seems the Raiders organization has finally had enough of the drama, as they didn't wait long after AB's "Release Me" post to do exactly that - AB is now a free agent. He is eligible to play as early as week 2 if another team were to snap him up.

everyone: no way Antonio Brown plays for any team after this
an NFL coach somewhere:pic.twitter.com/v84HfSbNvC 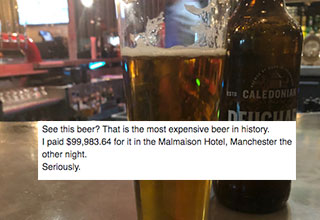 NEXT ARTICLE Australian Man Accidentally Gets Charged $99,983.64 For A Single Beer