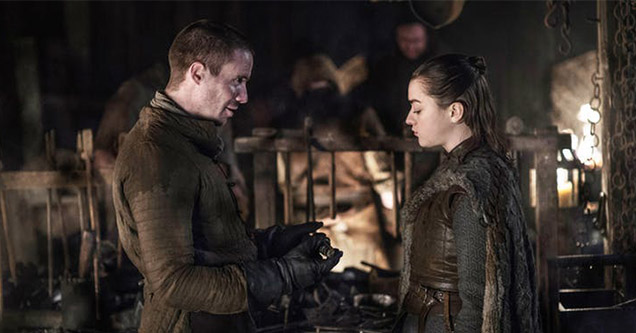 *Spoilers ahead* - Game of Thrones Season 8 Episode 2was all about characters coming together and storylines coming full circle. However, one surprise which was slightly hinted at in Season 8 Episode 1 was Arya and Gendry hooking up. The sex scene between those two had the Internet absolutely freaking out. Here are some of the best memes and reactions.

Arya: My sword is called needle
Gendry: Mine too#GOT#GOTS8E2 pic.twitter.com/jd76EW3tit

First thing I have done after watching second episode of #GOT pic.twitter.com/0bkUkotGts

Arya got the thirst #GOT pic.twitter.com/qs8xbw4G6o 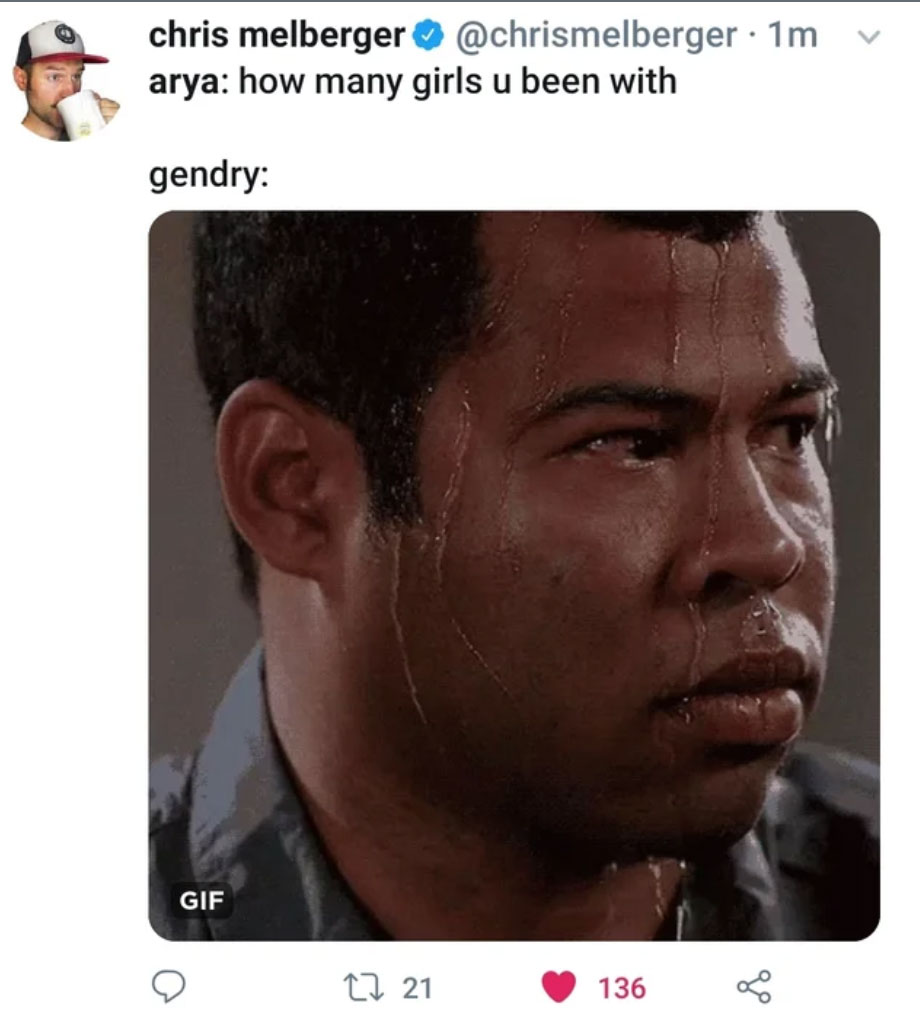 Bran and his ravens watching Arya strip down #GameofThrones pic.twitter.com/DYPqMNiJmC

Arya arriving at the Battle for Winterfell #GameOfThrones pic.twitter.com/6cwTvcUp2F

#GameofThrones that scene with Arya and Gendry... I can't look at her like that, she's basically my kid sister pic.twitter.com/O9ZPaIYVqN

me watching Arya and Gendry about to have sex:#GameofThrones pic.twitter.com/ugkwwqQijE 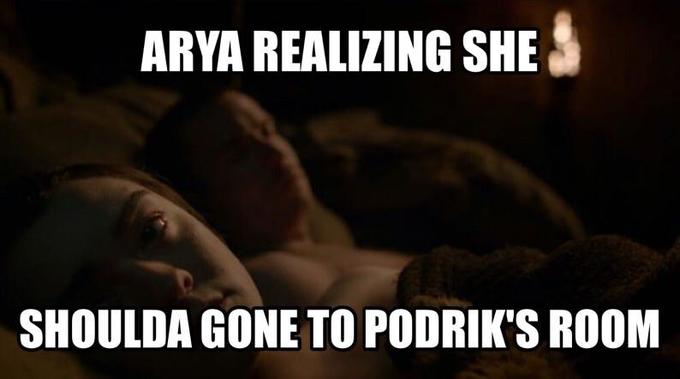 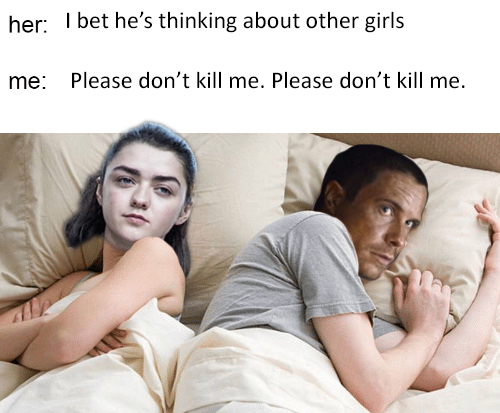 Gendry: The Red Woman tied me down and harvested my blood with leeches ://

Tormund Giantsbane Explained His Name and We Have the Memes

<blockquote class="twitter-tweet" data-cards="hidden" data-lang="en"><p lang="en" dir="ltr">So ya'll are ok with teenage Arya having a kill list, becoming an assassin and actually killing people but as soon as 18 years old Arya has consensual and empowering sex with Gendry who's not her relative, it's just too much? <a href="https://twitter.com/hashtag/gameofthrones?src=hash&ref_src=twsrc%5Etfw">#gameofthrones</a> <a href="https://t.co/VObsSJRZ4i">pic.twitter.com/VObsSJRZ4i</a></p>— Shimin| 4.26 (@wearethefoxes99) <a href="https://twitter.com/wearethefoxes99/status/1120461757053640704?ref_src=twsrc%5Etfw">April 22, 2019</a></blockquote>
<script async src="https://platform.twitter.com/widgets.js" charset="utf-8"></script> 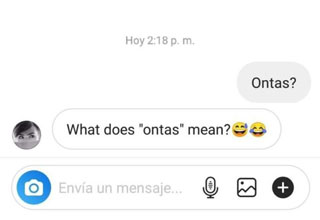 NEXT ARTICLE 'Ontas?' Meme: What The Hell Does That Even Mean?