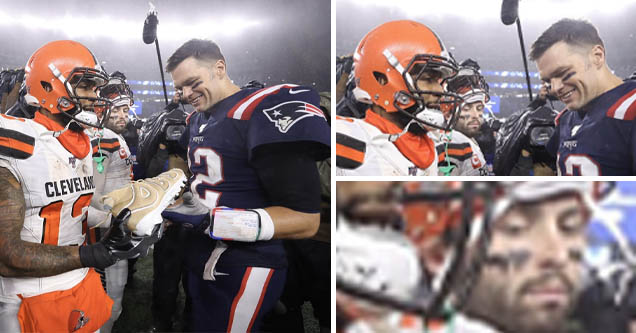 It's no surprise to hear an NFL wide receiver gushing about the greatness of Tom Brady - after all, who wouldn't want to catch a pass from one of the game's most successful QBs ever?

Odell Beckham Jr., arguably one of the most talented players at the WR position, did exactly that in the week leading up to the Cleveland Browns' match against the New England Patriots last Sunday. Beckham even revealed that he dreamed of one day playing alongside the legendary QB:

Two, three years ago, there was speculation that was going on. I was willing and ready to go over there at any point in time. That was always a dream of mine to play for Tom Brady.

“Tom Brady’s the GOAT. He’s not human to be playing the way he’s still playing. Mentally prepared every single game. Decisive decisions. Knows how to manage a game. Plays offense and defense with the way that he plays…He’s just the greatest. I definitely want some of the water that he’s drinking.

As a show of respect after Sunday's game (in which the Patriots predictably beat the tar out of the Browns), Beckham presented a pair of custom, goat hair football cleats to Brady, who is known as the "GOAT" (Greatest Of All Time). 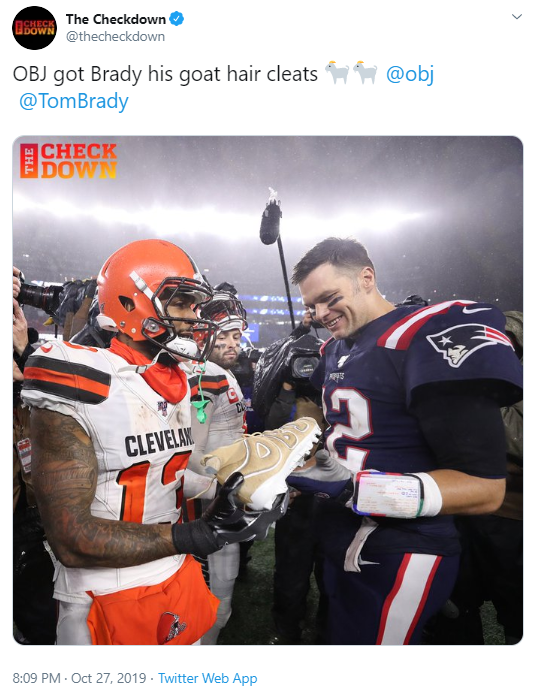 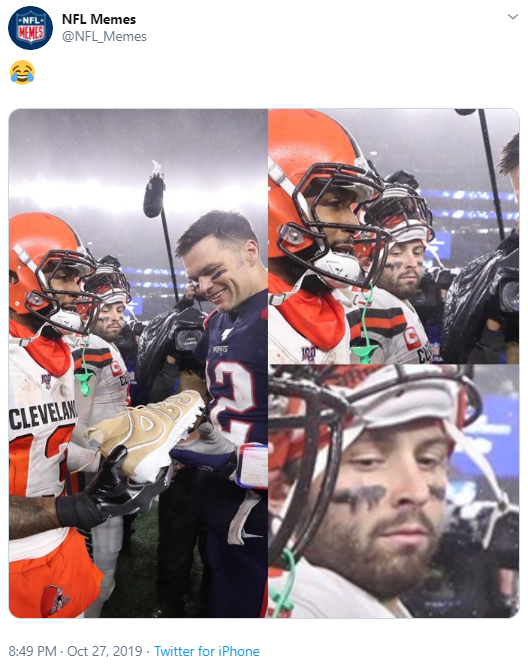 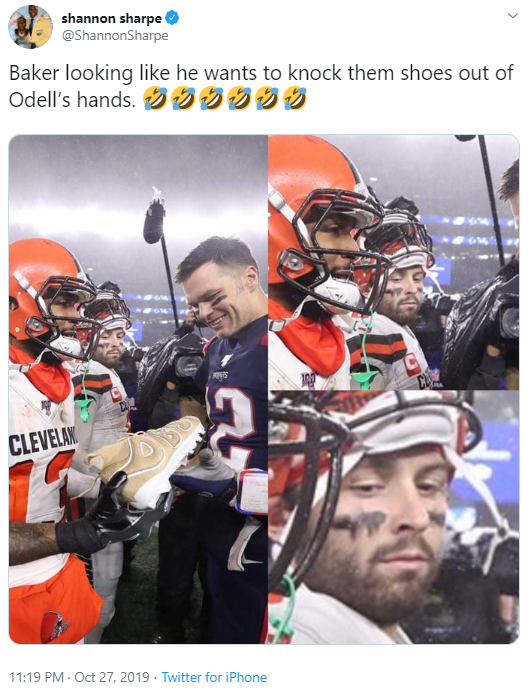 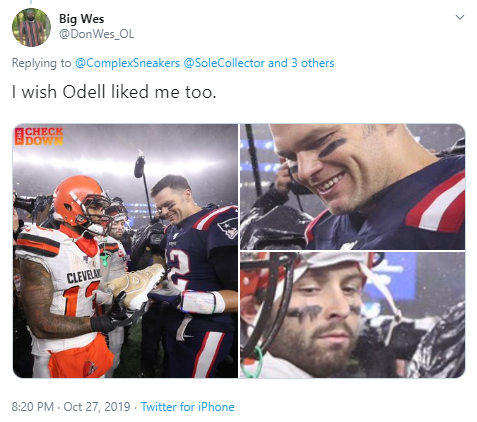 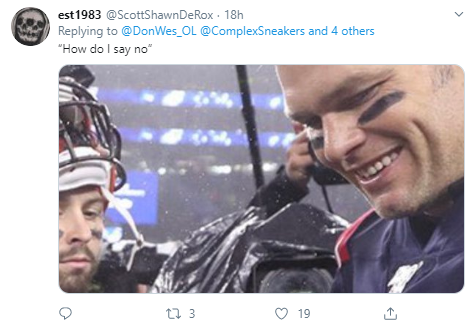 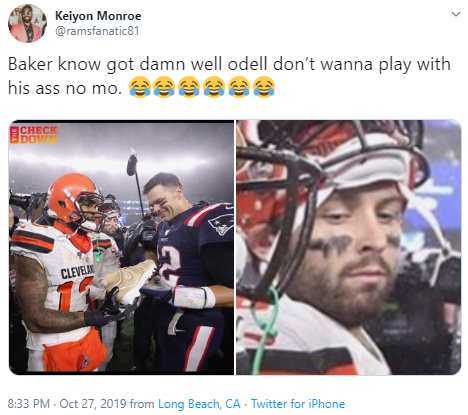 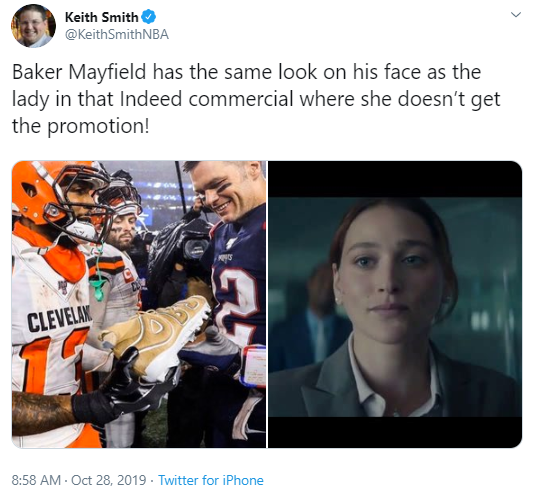 Beyond the obviously hilariously jealous/dumb look on Mayfield's face,, this whole stunt has also sparked some speculations that OBJ might be eyeing a trade to the Patriots - particularly in light of the comments he made earlier about wanting to play with Brady.

Belichick to Odell after the game pic.twitter.com/fs3Ax6QIJJ

The entire Patriots fan base currently: 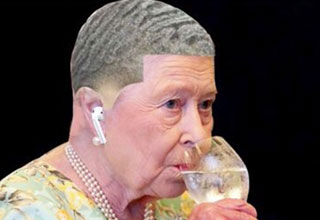