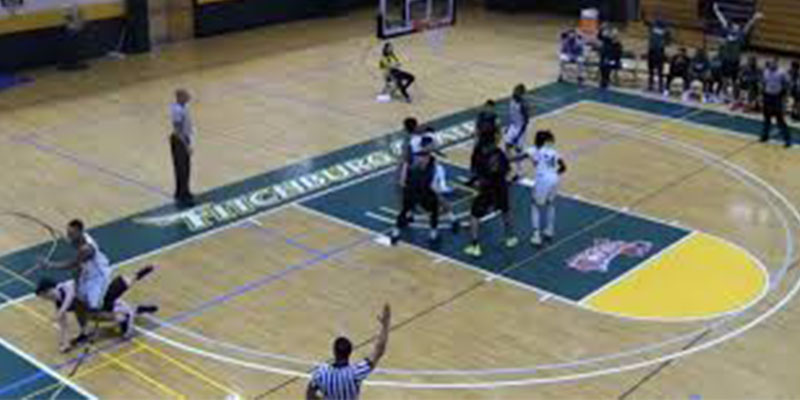 During a Division III game between Nichols and Fitchburg State, Fitchburg player Kewan Platt intentionally elbowed opposing player Nick Tenaglia in the face. Before the hit takes place you can clearly see Platt check to make sure the ref isn't looking, before brutally hitting Tenaglia. Luckily, another referee spotted the hit and awarded Platt with his second technical foul of the game, resulting in his ejection.

Division III game between Fitchburg State and Nichols. Nate Tenaglia knocked down an open corner 3 but we can see as Fitchburg State’s No. 23 Kewan Platt checked to see if the baseline official was looking and then threw a forearm/elbow at Tenaglia’s head. #NCAA #KewanPlatt pic.twitter.com/qvDehVut5R

Apparently, Kewan had been frustrated with the lack of calls throughout the game, and during the prior possession had air-balled his own three-point attempt.

Also, some context: The Fitchburg State player was pissed about a no-call at the other end. Bottom right corner. pic.twitter.com/rXNEvoKkwW

The play has been widely viewed around the internet and has been considered the dirtiest play of the collegiate season thus far. Fitchburg State College made the following statement:

"The Fitchburg State community is appalled by the conduct displayed during Tuesday night’s home basketball game. The player involved has been indefinitely suspended from the team and barred from campus, effective immediately.His behavior is antithetical to our community values and good sportsmanship. Fitchburg State does not tolerate behavior that violates those standards. The case is being reviewed at the student conduct level for consideration of further sanctions. "

It looks like it's going to be a long time before Platt gets to play in another basketball game. 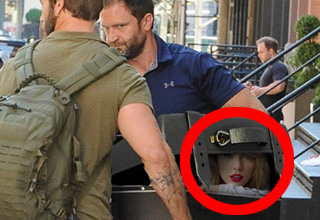 NEXT ARTICLE CONSPIRACY THEORY CONFIRMED: Taylor Swift Hid in a Suitcase From the Paparazzi in 2017