Kids content on YouTube has been a point of conflict in recent years. As more and more children are watching videos online the platform has seen a huge influx of 'kid friendly' content. If you are not familiar with Elsagate we suggest you check it out.

The short summary is that a promoted YouTube channel following the life of Spiderman and Elsa, a married couple, featured tons of crazy content for children. The videos included pedophilia, torture, rape and all the great things we want our kids watching.

These are just a few of the titles that sparked the 2017 controversy. These are not fake. 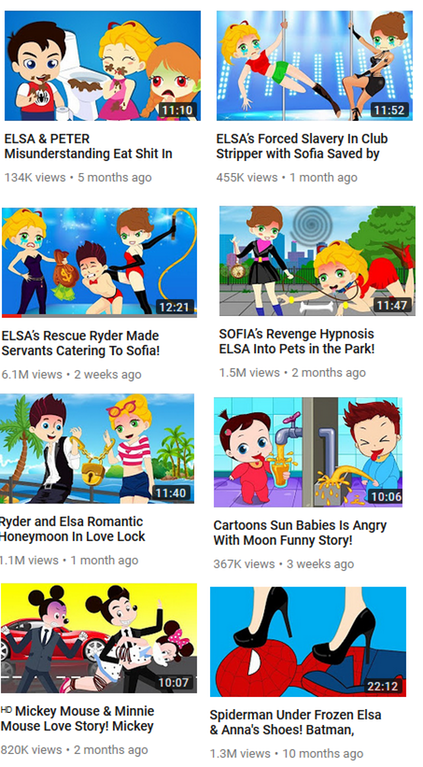 Disgusting to say the least and content like this has been scrubbed for the most part from YouTube, however some of the stranger and less harmful channels remains. Allow us to introduce you to Johny Johny Yes Papa, a story about a boy who is addicted to sugar.

We have so many questions and not enough answers. The channel responsible for the video above and the one below, which has over 100 million views, are the product of the YouTube channel BillionSupriseToys, all one word. The channel has 15 million subscribers and honestly, we're not sure what's crazier, the content or the numbers. No, no it's definitely the content and Johny's dad's Indian accent.

Enjoy your nightmares kids, have fun telling your therapist about this in a few years.

NEXT ARTICLE People Lose It Over Calling Vaginas Front Holes