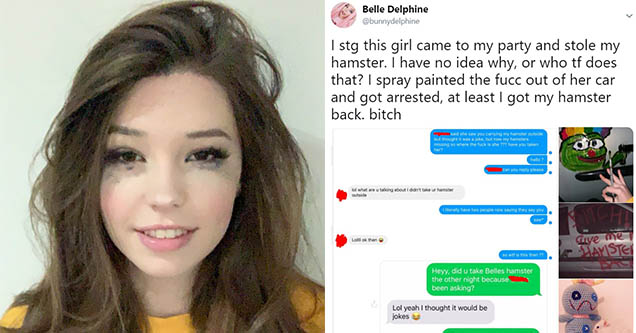 Yesterday, E-girl and Instagram celebrity Belle Delphine made her return to social media by posting a picture of an alleged mugshot saying, "I got arrested lol." The post blew up and people began questioning the validity of the post and what she would have been arrested for.

She later claimed that the reason for the arrest was due to her spray painting "Bitch! Give me my hampster back!" on the car of someone who she says stole her hampster from a house party. She posted a series of photographs along with screenshots of a conversation between her and the person she thinks stole her hampster.

I stg this girl came to my party and stole my hamster. I have no idea why, or who tf does that? I spray painted the fucc out of her car and got arrested, at least I got my hamster back. bitch pic.twitter.com/UoKbZ4XTaU

Twitter user @JoshPescatore decided he would go straight to the police to see if he could figure out if Belle's mugshot was real or not. He posted screenshots of the conversation between him and Met Police in which he asked them if the watermark on her mugshot was authentic or not.

Reverse image search also turned up nothing, so this means it a pic only she has, but it has a watermark & Met police dont recognize the mark pic.twitter.com/EGxEg1GbN2 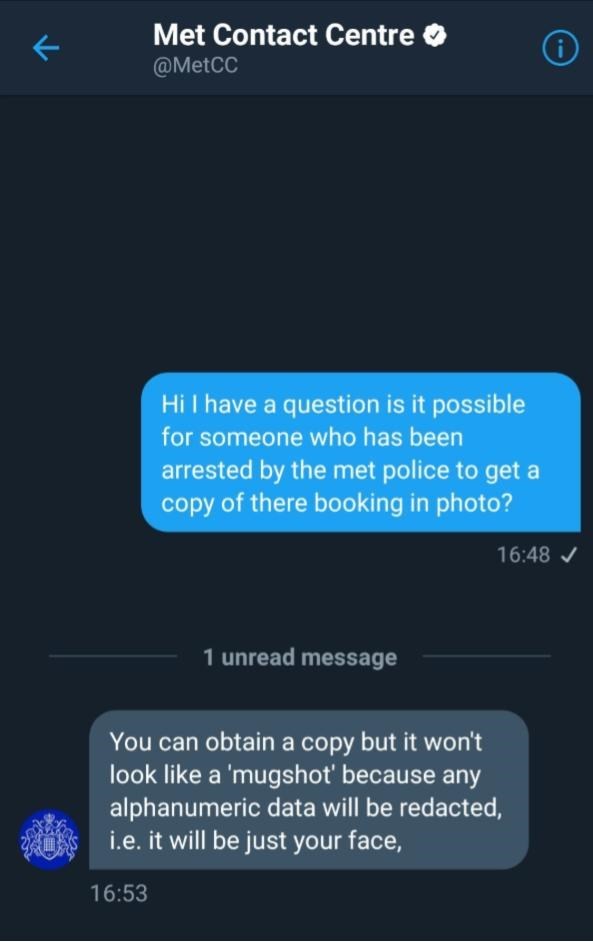 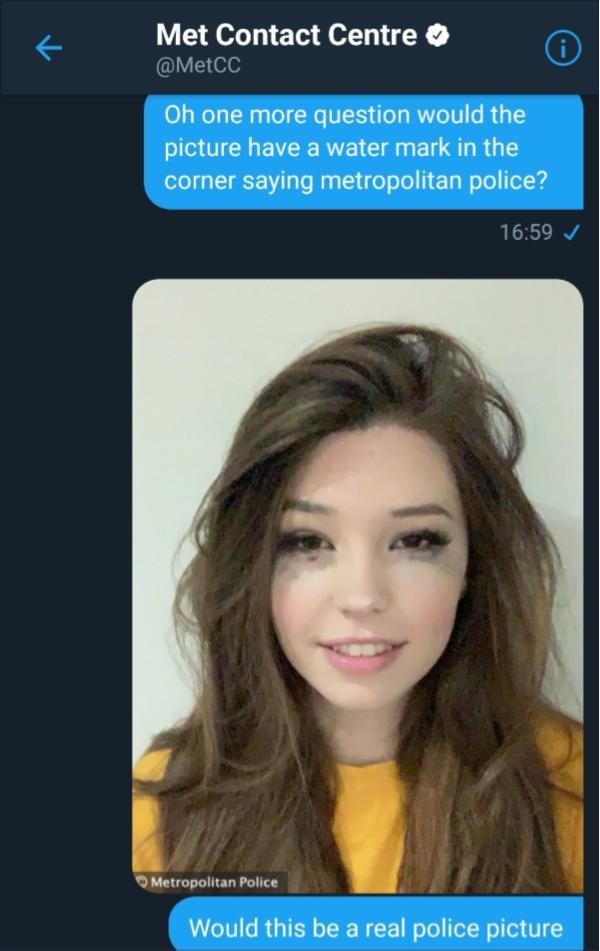 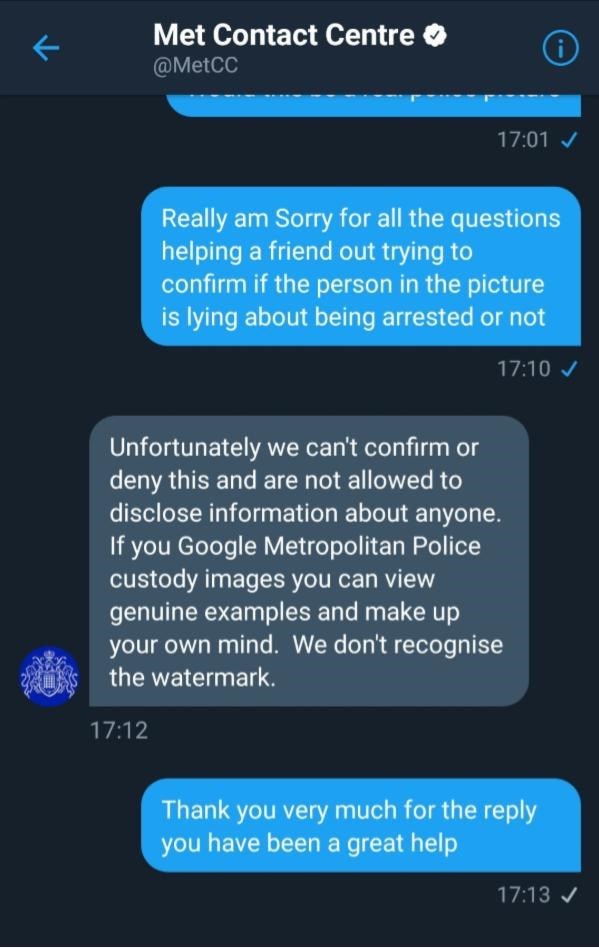 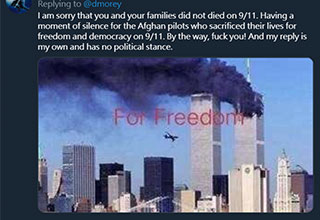 NEXT ARTICLE Chinese Trolls Stoke Hate and Division With 911 Jokes