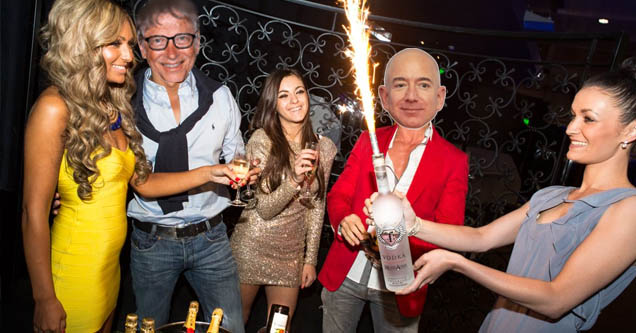 Recently, the world was rocked by the announcement that Bill and Melinda Gates are splitting up after 27 years of marriage:

The Gates have always publicly been the model of a successful marriage, but news stories in the wake of this announcement have suggested that it may have been brewing for quite some time.

Oh, you KNOW this guy f**ks

Fellow billionaire Jeff Bezos also went through a fairly public divorce recently and we here at EBW would like to suggest the two billionaires bro out together and terrorize nightclubs all around the globe. If Elon Musk, who is in an on/off relationship with his baby momma/pop star Grimes, were to call it off again for a while, we'd get the holy triumvirate of douchey tech bros on the prowl for strange. 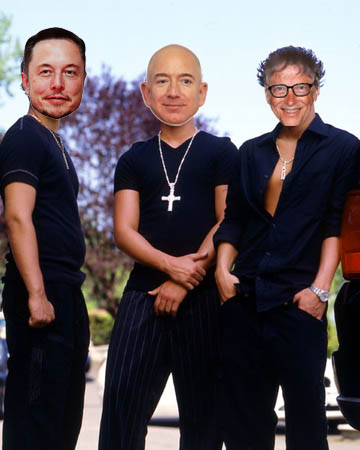 These bros have a 100% chance of paying your girl enough to leave you.

Can you imagine a new Rat Pack, one built for the 2000s era? I'm torn on names, currently debating between P**sy Posse Platinum and F**kboi-llionaires. Feel free to submit your own suggestions in the comments.

Just picture it: Bill Gates in his trademark cardigan sweaters, nervously fidgeting with his new fedora and sunglasses he bought online as he chats up a 20-something fashion model who knows exactly what she wants in life. He's telling her it's all good, he doesn't need condoms because of all the AIDS research he's funded. Bezos holds court in the center of the VIP couch, wearing a vest to show off his weirdly buff old man-arms that look like he went to a surgeon, pulled up a picture of JK Simmons, and said "This." Musk is on the dance floor, high on MDMA and crowdsourcing Dogecoin-related joke ideas for his next SNL appearance.

It's like a really sad, middle-aged man version of HBO's Girls, and honestly? I've binged worse. 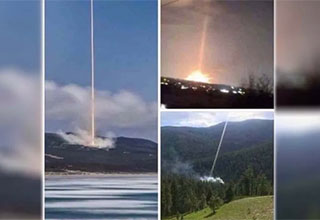