After announcing their split via Twitter two weeks ago, Bill and Melinda Gates have -- quite predictably -- seen their divorce and nearly 3-decades-long relationship placed under a microscope. And, just as predictably, some goofy and some unsavory reports have emerged, ranging from a bizarre arrangement for Bill to hang with his ex every year, to reports of hilariously inept attempts at office romances to an unsettling association with deceased financier and convicted sex offender, Jeffrey Epstein. 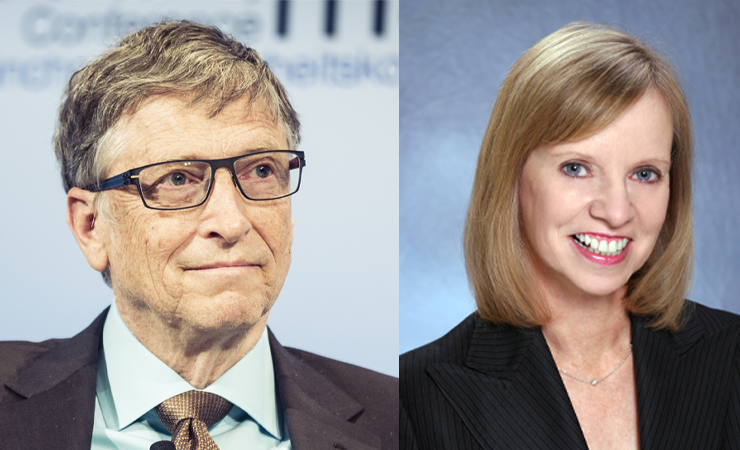 Few of the revelations, of course, are as hilariously cliche as the notion that Bill somehow negotiated for himself an arrangement that he would go on a vacation with his ex every spring. Indeed, reports have emerged that Bill may have even negotiated these vacations into a formal contract to ensure he would be allowed his yearly fling with Ann Winblad, a fellow software industry giant and venture capitalist.

Whether this agreement was actually made official in writing is unclear.

What is clear is that Bill loved the crap out of Winblad, reportedly even going to her for approval to ask for Melinda’s hand in marriage -- years after the two themselves split up in the late 80s. Even after that, throughout his marriage, through rain and storm, Bill never failed to take that long weekend with Winblad at her North Carolina beach cottage.

Including the “good years” of Bill and Melinda’s marriage. 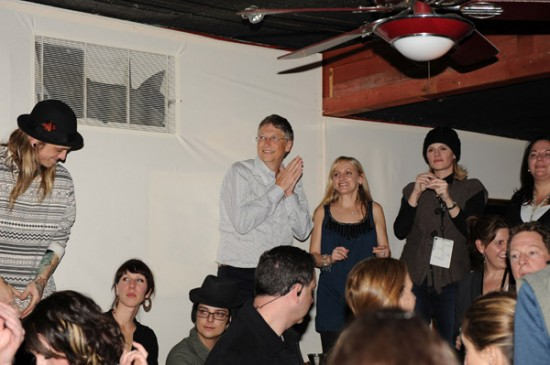 But Winblad wasn’t the only step off the reservation for Bill, either. Aside from a 2000 affair and the subsequent investigation that, according to the Wall Street Journal, led to him stepping down from his role at Microsoft, Bill Gates had apparently made quite a name for himself as a bumbling pursuer of extra-marital affairs already.

And it's kind of hilarious.

In 2006, Gates apparently sent an email to a female employee immediately after meeting her, asking her out to dinner and adding, casually, “if this makes you uncomfortable, pretend it never happened” -- which she apparently did. Because nothing puts a woman at ease like the words “uncomfortable” and “pretend it never happened” arranged into a sentence.

Another woman, shortly after, told the New York Times that while standing with her at a cocktail party thrown by the Gates Foundation, Bill apparently “lowered his voice” and said “I want to see you. Will you have dinner with me?”

Apparently, the woman’s response was to wordlessly laugh and pretend like it was a joke — proving that even with billions of Xbox dollars, Gates still can’t buy game. 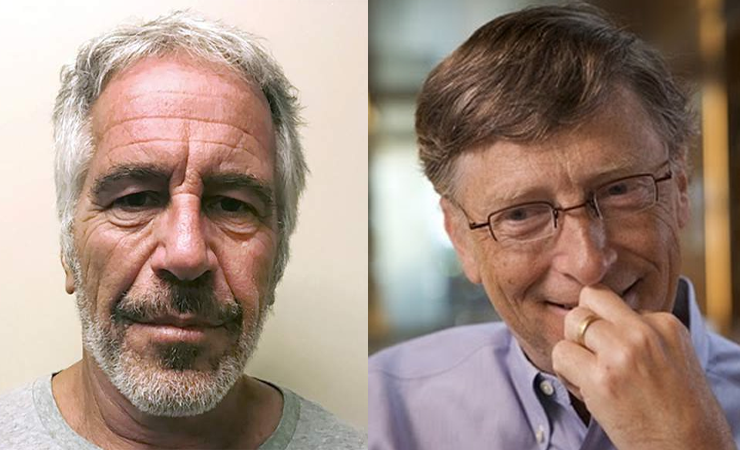 To cap it all off in a staggering coup-de-grace to any notion that Bill Gates had any clue what he was doing, the multi-billionaire -- who could have gone to quite literally any human being on the face of the earth for relationship advice -- chose to vent to Jeffrey goddamn Epstein about his marital frustrations, searching for a way out of his “toxic marriage.”

You have to wonder if Epstein just chuckled and said, “Well, consider it done” while pulling out his phone to take a selfie with Gates.

Gates apparently flew to Epstein’s island, Little Saint James (famous for being a place where nothing good ever happened and for having the most appropriately creepy name in rich-guy-island history), numerous times to complain about Melinda, according to someone who was present at some of these meetings. 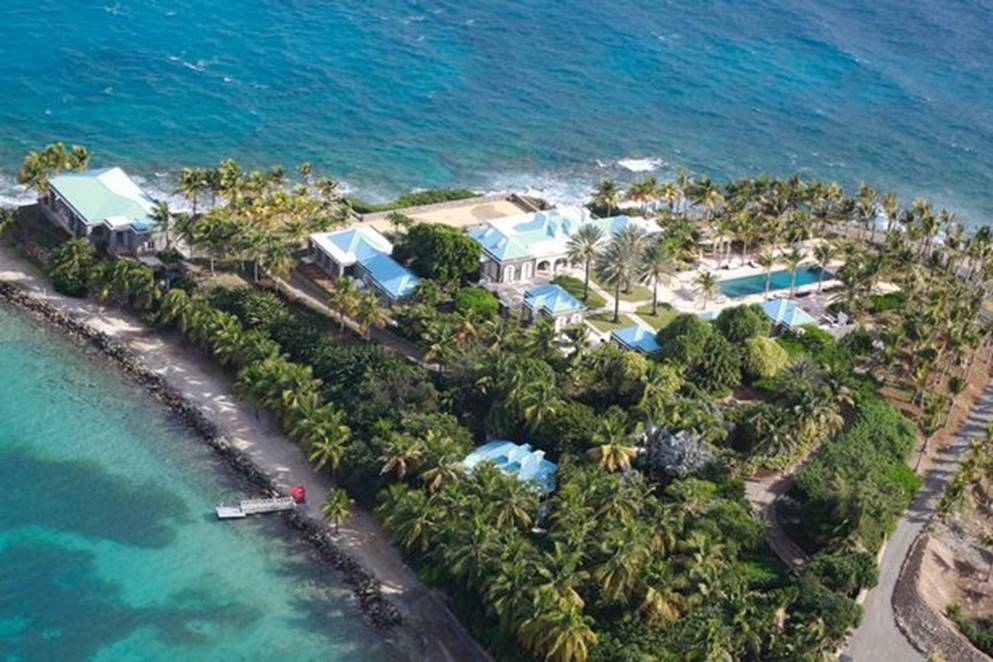 The relationship between Bill Gates, billionaire philanthropist and Jeffrey Epstein, sexual-demon from a medieval tapestry, apparently continued to grow from 2011 to 2014, with Gates frequenting Epstein’s New York City townhouse to, you know, chill.

According to the source, Gates and Epstein would joke about how his visits were an “escape” and Epstein would counsel Gates on how to finagle his way out of his marriage. Gates would also “encourage Epstein to rehabilitate his image in the media” that had become... less than stellar... after Epstein, you know, was convicted for soliciting a teenager for prostitution. 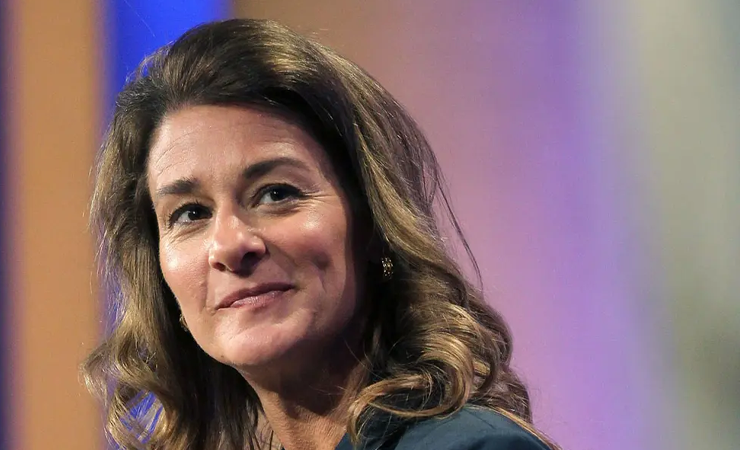 And it seems Epstein’s advice paid off, considering it was late 2019 when Melinda started to consult divorce lawyers in the wake of numerous revelations concerning Bill’s association with Epstein.

While not considered the singular source of their marriage’s degradation, the reports over Bill’s hitherto understated association with the sex offender were apparently the straw that broke the camel’s back and convinced Melinda to finally pull the trigger. 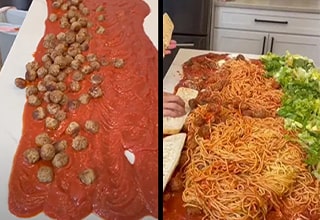