Martyn Ford (for lack of a better word) is a big ass dude. Standing at 6 feet 8 inches, and weighing in at a whopping 340 lbs, this man was built to deal damage, and that's exactly what he plans on doing in the world of Mixed Martial Arts.

He's well known throughout the bodybuilding world, and even does a bit of acting as well (you may have noticed him him in Kingsman: The Golden Circle),but now Ford has turned his attention to competitive fighting.

Check out some footage of this absolute unit getting ready for his debut:

Ford was a talented cricket player in his youth, and seemingly on his way to a successful career. During a training session, Martyn was injured and during his recovery developed severe case of glandular fever (infectious mononucleosis), which left him unable to play or practice for about a year. As a result, Martyn had to abandon his dreams of becoming a professional cricket player, and look for something else to build his career upon. 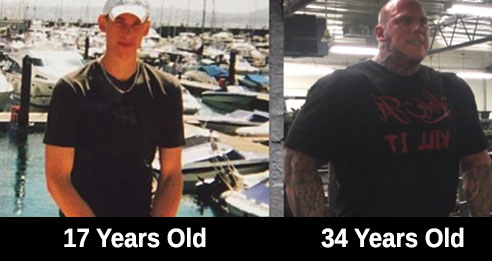 It was during this time he decided to "enter the world" of fitness and bodybuilding. Martyn saw this as an ideal way to channel his frustrations from his injury.

Next time one of your gym buddies is bragging about his massive gains, show him this isane transformation of Martyn Ford from 17 years old to present day. 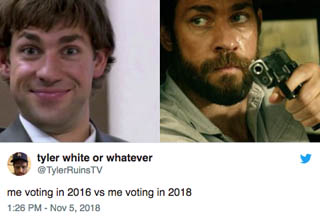