Brett Kavanaugh has and always will love drinking beer. And come on, is there anything wrong with that? The supreme court justice nominee has had one hell of a week defending himself in front of the senate judiciary committee against claims that he tried to rape a woman in high school. Kavanaugh denied the claims in a fit of rage and tears, weeping at the thought of being an 18-year-old again, spending his summers lifting with his buds PJ and Spewy.

This is not an accusation of his guilt nor is this a castration of his denial, we are simply here to share the facts. And the facts are that someone found, Mark Judge's (friend of Kavanaugh from high school) now deleted YouTube channel. And oh boy, it's something else. And well, if we're being honest, his channel is exactly what you'd expect from a creepy old dude who hasn't been laid or had a real relationship since the 80's. Allow us to introduce to you, Mark Judge, in all his raging glory.

The judge in the video above talks about making Christian horror movies. And below he talks about his love for Under Armor and how it helped keep his nuts warm.

Now, these are silly videos and show a man having fun with his new camera phone, trying to be hip like all these millennials. But not all his videos are so 'silly dad' like. The video below is titled, "Little Nemo in Slumberland", and feature two women in their underwear laying around in bed and standing in empty hallways starring blank faced into the camera. The lack of context and female models create a video that still asks for more.

There is an entire thread of videos titled, "The Girls" on the Brett Judge YoTube channel, which was made a few weeks ago and have captured and reuploaded a number of Mark Judge's videos. "Liberty Island Swag", is not only the best titled of any Judge video but also a strange one featuring Russian rock music and a woman taking a shower in all her clothes. It's safe to say that Mark Judge was a creep in High School and he is much more than a creep in his old age, he's a creep, with a cool artistic YouTube channel. if I were Brett Kavanaugh, Mark Judge would be the last character witness I'd want testifying on my behalf. LOL 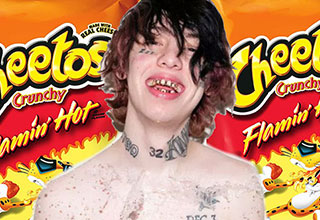