A 28 year old British Playboy Playmate named Hayley Bray was doing laundry in her PJ's when she was sexually assaulted in broad daylight. 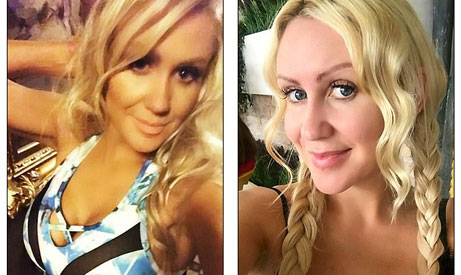 Bray was vacationing in California with her daughter and partner when this incident occurred.

A man can be seen entering the laundry facility behind her and grabbing her from behind as he walks by.

Bray quickly slaps his hand away and is visibly upset when confronting the man about his actions.

When speaking about the incident Bray told a reporter that:

'I was doing my laundry, chatting to a lady next to me. Then that guy walked up behind and stared at me.

'I think I had seen him walk across the parking lot ten minutes before.

'I was wearing Minnie Mouse shorts and he tried to put his hand right up there.

'I slapped his hand off me, and said "What the f*** are you doing? You know that's assault?"

'I walked after him and said "If you touch me again I'm going to call the police". 'He disappeared off the property.'

Bray said she decided to go public with this story to raise awareness about these disgusting attacks on women in public places. 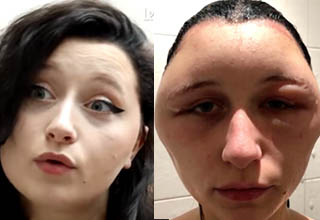