In a hilarious Instagram video (which has since been deleted) Britney got a kick out of celebrities Pete Davidson and Scott Disick along with a few others hanging out together. It seemed like a fairly normal movie night by all accounts, but it caught the attention of Spears.

Britney just shaded Pete Davidson 10,000 times harder than Kanye ever has and she wasn’t even trying #BritneySpears #PeteDavidson pic.twitter.com/dgAau1bpPr

"Sorry had to repost this...No idea who these people in the video are but it made me laugh so hard!!!!"

Needless to say, the Internet went wild at the realization that Britney Spears doesn't have the time of day to think about people like Scott Disick and the always-in-the-news, Pete Davidson. And you know what. GOOD FOR HER.

To be fair, everything I've learned about Pete Davidson has been against my will. Sure he offered me weed once on the set of SNL. Sure my sister-in-law dated his cousin. But I would much rather live my life like Britney and not give a flying f**k about these people.

Britney Spears when asked who Pete Davidson is: pic.twitter.com/RIjiR8UzrE

And who knows, maybe it's a slice of humble pie to these two rich white dudes that an uber-famous female has no clue who they even are. Probably not, but maybe.

Britney Spears casually saying 'I don't know who these people are' with a video of Pete Davidson... there's only one great celebrity and it's her

When it comes to Scott Disick, you could put him in a room with a bunch of other white dudes and I probably couldn't pick him out of a lineup. So I'm right there with you, Britney. Keep doing you. 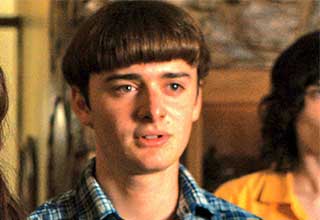