TikTok is known for its' often times unique and chaotic humor found in different "sides" of the app. In my opinion, 75% of TikTok is unfunny garbage, but is still a staple of popular meme culture. The latest meme that's been spreading around the app is unfortunately a terrible new bait/switch like Rick Roll meme. 2020 is the year of the bait and switch.

This looks really simple and also really creepy so how did this short video get turned into a meme? I'll let a new meme YouTuber explain quickly.

This one is kinda just scary. Although, let me just say here as a side note: I really like how TikTok users reply to comments with videos. It's something that's not found on other social media that I really enjoy.

This is the "best" one out of them all. It's only because the official Buffalo Bills TikTok made it. Props to the NFL for being up to date on memes. Even though this trend is kinda bland.

These guys are some of the funniest comedians on TikTok and not even they could make this meme funny. Although I did laugh a little.

This is where the meme evolved into even more Rick Roll type meme area. This is why I say this meme should have been expected. When there's an idea/quote/dance that is simple to recreate, such as this guy's quote/face, it's generally going to spread into "bait and switch" meme territory.

In simpler terms. Rick Rolling is tricking the viewer with something they don't want, the song. These "2 pretty best friend" memes are also just doing exactly that. We aren't meant to enjoy them, the creator is the one who is happy tricking us and gaining followers/likes from other people who think it's funny to troll or be trolled.

Then, a new audio was made for this pumpkin TikTok that spurred even more people to get in on the fun.

Green-screen techniques have made their way into the meme.

So, yeah that's basically all there is to know about this TikTok meme trend. It's probably going to be here for awhile so unfortunately get used to it. And honestly, 2 pretty people can be best friends. I don't know what he even means by that. 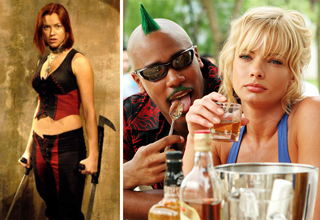