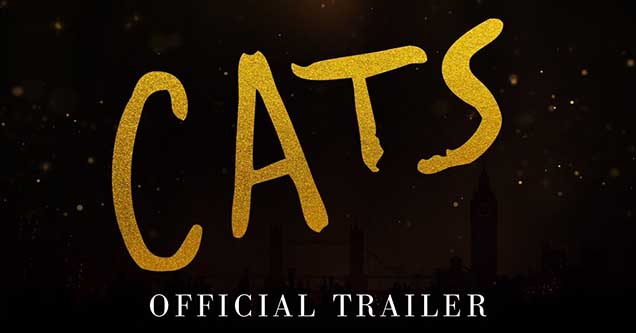 2019 has seen a lot of live-action remakes, from the new Lion King to the supposedly controversial decision to cast the absolutely gorgeous and talented Halle Bailey (who happens to be black) as Ariel in the upcoming Little Mermaid reboot.

I'd venture to say that none of those even come close, however, to the absolute s***show that is the trailer for the upcoming, live-action screen adaptation of Cats. Have a look for yourself below:

I mean... WTF. I didn't think it was possible to get worse than that janky-ass Sonic: The Hedgehog trailer, but wow. Congratulations, Cats team, you've officially set a new low for humanity.

Needless to say, the internet was shocked, amused, and creeped the f*** out all at the same time. There were some very understandable concerns about some of the "assets" the animators decided to endow their creations with:

tom hooper this is what cat nipples look like why did you need to give your gals BOOBS!?! #CatsMovie they are CATS pic.twitter.com/R7N8jYJc4T

it has been one full hour since I saw the CATS (2019) trailer and this is the image that will haunt me pic.twitter.com/98Ej35v8v5

shaming my cat for not having visible breasts

the animators of #CatsMovie when they decided to give the girl cats boobs pic.twitter.com/fS6vIXk7bY

I don't know why you're all freaking out over miniature yet huge cats with human celebrity faces and sexy breasts performing a demented dream ballet for kids.

There were also plenty of comparisons to other cat-humans that appeared on screen:

can’t believe they didn’t cast @ericstonestreet in the new cats film. Looks more like a cat than James Corden does... #CatsMovie pic.twitter.com/AhZjwVUdLQ

Fucking Doctor Who did a better job at humanoid cats than a $200 million dollars musical 15 fucking years ago!!! #CatsMovie pic.twitter.com/yQRw1TCMw8

HOLY SHIT THE LEFT CAT IS MORE BELIEVABLE THAN THE RIGHT ONE#CatsMovie pic.twitter.com/nIRRyA1ngC

#CatsMovie is about a bunch of witches and wizards fucking up Polyjuice Potion. Change my mind. pic.twitter.com/Tc5QxcNtzl

Some people decided to get creative and add a more fitting soundtrack to the film:

The 'Cats' trailer but with the 'Annihilation' score pic.twitter.com/MIFUsjylzR

One remix was even given the official stamp of approval from the reigning king of horror himself, Jordan Peele.

In general, people definitely had a LOT of feelings about it, and they weren't afraid to share:

To whom does one report an abomination? A priest? https://t.co/zyiGi0LTIR

Sincere Q: when the “cats” in the Cats trailer are wearing fur coats, like Judi Dench is, do you think those are meant to be their own fur, or are they wearing the fur of some other animal that they, the cats, have skimmed and fashioned into garments?

Imagine being a human in that world and your cat looks like this pic.twitter.com/QJLM145Zcu

weirdest bits of the cats trailer:
- face:head ratio is totally off. all the cats have faces too big for their heads. how did no one spot this
- they wanted to give girl cats sexy boobs AND keep it PG so have given them nipple-less hairy mounds??
- clothes or skin? no one knows

I don't know what I expected from CATS' "digital fur technology" but the short answer is NOT this.

My brain has melted. My eyes are bleeding. There is no god. pic.twitter.com/HMeM0ixal1

I showed Pancake the Cats trailer and then she put herself in a drawer. pic.twitter.com/QCST5w4IJA

Are they cats? Are they people? Are they furries? Find out when Taylor Swift makes sex eyes at your teenager in full cat makeup this holiday season! #CatsMovie pic.twitter.com/t3yQuTyhaL

All I could think of when I saw the #CatsMovie trailer pic.twitter.com/f7zaVpjLVx

in a way, i'm glad grumpy cat never had to see this

I'm done talking about 'Cats' and ready to talk about the 'Hey Arnold!' parody, 'Rats' pic.twitter.com/HZ1ZavRtUt

I couldn't agree with you more, Dave. 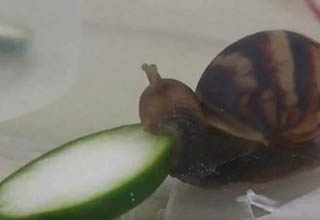