Pooping your pants is just a part of living this crazy thing we call life. I've been there, you've been there. We've all done it. And the hard truth is, pooping doesn't care about your schedule. When you gotta go, you gotta go.

For some high-profile athletes and celebrities, the urge to go number two has recently come at the most inopportune times. In that light we've collected some of the most infamous fecal accidents to ever happen in the public eye.

Just this past Sunday during the Seahawks/Lions game, Seattle wide receiver, DK Metcalf had to be carted off the field. Typically this is a sign of serious injuries, even season-ending situations. However, it was quickly discovered that Metcalf just needed to relieve himself and wouldn't have made it to the restroom in time had he not taken the cart.

DK Metcalf got carted off the field to use the bathroom.

At a recent show in Atlanta, rapper Lil Nas X politely informed his fans over the PA system, that he was indeed taking a giant sh*t. And that he was going to be a few minutes. We've all been there.

Lil Nas X had a bathroom emergency during his show in Atlanta. pic.twitter.com/dnhX0NY3W6

We then decided to go back a bit, and see who else's bowels had unfortunate timing. Who can forget the Paul Pierce wheelchair game? Pierce would later admit that he indeed, shat his pants and didn't want to walk to the bathroom, exposing his butt to the crowd.

12 years ago on this day was the Paul Pierce wheel chair game???? pic.twitter.com/b8Rl2aiirE

Those situations are bad. Don't get me wrong, but what happens when you don't make it to the restroom, and the cameras are still rolling? Welp. Just ask English soccer player, Gary Lineker.

A similar on-field accident happened to Florida Gators' running back, Adam Lane Jr. back in 2015. After scoring a touchdown, he can be seen walking off the field. A not-so-subtle brown stain visible between his cheeks. Adam would later state that pooping his pants was the best thing that could've happened to him. It actually got his name out there in the public.

From lesser-known athletes to pop sensations. Unfortunate bowel movements can happen to anyone. Musician, Ed Sheeran admits that not only does he fart during his concerts, but on one occasion he's even sh*t his pants on stage. Good for him. 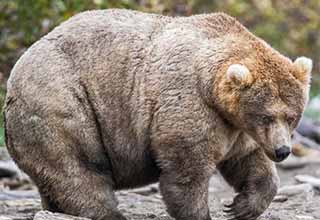