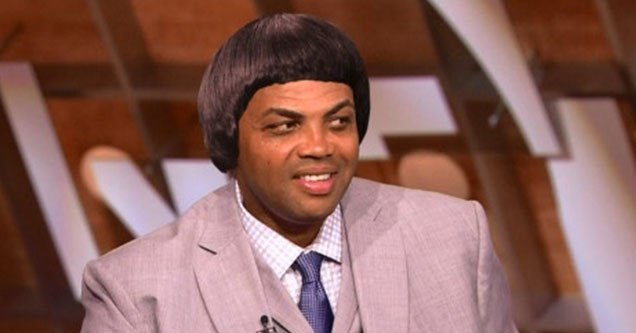 Charles Barkley, the ex-NBA player and the fattest host of Inside the NBA is currently being cancelled on Twitter. Last night, Axios journalist Alexi McCammond, tweeted out that Charles had said some rather inappropriate things to her while in a bar.

The reporter snapped a photo and took to Twitter to tell the whole world about it. And no Chuck didn't say he wanted to bang her or something creepy like that, but rather just to opposite. We must note that Charles has since issued an apology saying it was a bad attempt at a 'joke'.

Just FYI Charles Barkley told me tonight “I don’t hit women but if I did I would hit you,” and then when I objected to that he told me I “couldn’t take a joke.”

That's right, the yips having, 'funny' man said he doesn't punch women in the face but he would make an exception here and she took it seriously.

There are almost no times I will beak an OTR “agreement” but this is not OK. And it was all because he came in talking about how he loves Deval Patrick and once someone from Pete‘s campaign came around he said he loved Pete and I reminded him he previously said he was a Deval fan

Here’s a pic (albeit dark and blurry) if you need more. pic.twitter.com/Ad32cMemiv

But anyone who knows anything about Charles Barkley knows he's been saying this shit for years, like more than 30-years, and no it doesn't make it okay to even joke about beating women, but in Barkley case, he's kind of made a name for himself doing it.

So when she took her feud to Twitter, people online accused her of looking for attention rather that following the proper channels of going to his higher ups at TNT, before taking it to the open web of Twitter.

I hate being part of a story so here’s a reminder that this is so much bigger than me: nearly 20 people per minute are physically abused by an intimate partner in the US. 1 in 4 women and 1 in 9 men experience severe intimate partner physical violence https://t.co/eqgn0McbYt https://t.co/nll7a0rv2o

It’s not about me or my feelings — tho I’m grateful for the many friends who have reached out. But it’s about refusing to allow this culture to perpetuate because of silence on these issues. It’s easier and less awkward to be silent, but that helps NO ONE but the perpetrator.

And after not getting the traction she had hoped for she began making it about 'other' women, you know real victims of domestic violence, actually victims. And yes Barkley has a history of saying some pretty dumb and hurtful things to people.

For those unaware, Barkley also once said this (and later claimed to be joking then too), so he’s got form on this front. Disgraceful. https://t.co/3P5gwW2aZ9 pic.twitter.com/onmlmTLnJT

This old 'joke' of his from his NBA days was shocking at the time and was even used to spark a larger conversation around domestic violence when it was said. But that isn't the whole truth, because after this quote made many people rightfully upset, Nike used Charle's new bad boy image and ran with it, creating the forever iconic, 'I'm Not a Roel Model' campaign specifically for him.

So yes, what Charles said is shitty and not okay, things like that shouldn't be said, but before you go out and try to illuminate the world towards the injustice you have so wrongfully suffered, save it for someone who is seeking to cause real harm, because this dude certainly isn't that guy.

Statement on behalf of Charles Barkley in response to tweet by Axios reporter Alexi McCammond:

“My comment was inappropriate and unacceptable. It was an attempted joke that wasn’t funny at all. There’s no excuse for it and I apologize.”

And as usual, if you put yourself out there, you have to be ready for other people going through your own dirt. This didn't take very long. Seems Alexi McCammond used to have a thing against Asian people, well hopeful she realizes that word can hurt people and deletes these old tweets, but doubtful. 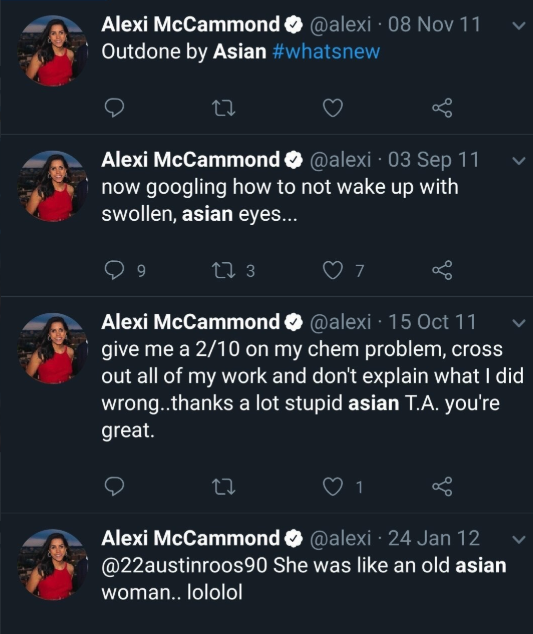 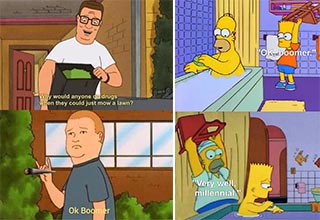