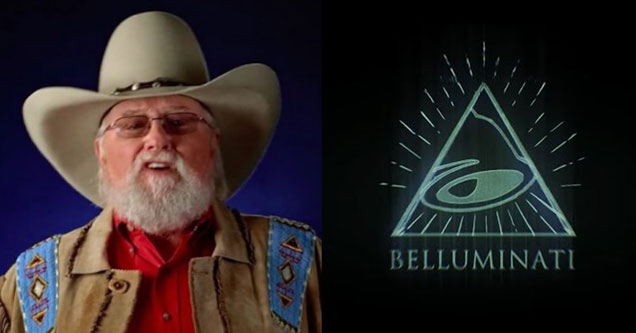 Unless you haven't turned on the t.v. in the last three weeks you've seen the new Taco Bell ad campaign that playfully pretends that their new $1 menu is controlled by an ominous, powerful group called the "Belluminati." They state: "The rumors are true. The signs have been there all along. There’s a powerful connection between the dollar...and Taco Bell."

While most of sane America laughed it off as a campaign that's mocking the fears of mainstream conspiracy theorists like Alex Jones, others feel like maybe they don't understand how serious the subject is that they're playing at.

Mostly forgotten country music star Charlie Daniels (best known for his 1979 hit 'Devil Went Down To Georgia') tweeted a warning to Taco Bell that they may want to rethink their massive new campaign.

Hey Taco Bell
The Illuminati is not a frivolous subject

This certainly isn't Daniels' first foray into the wild world of speculating about a shadowy group that's running the world from "behind the scenes." But he did say it was with some hesitation in a 2015 Facebook post :

In fact, the whole enchilada is a little too much for me to swallow, but having said that, I do have some very deep suspicions about people who operate behind the scenes and have undue and unmerited influence in the halls of power of the international political scene.

Naturally, Twitter jumped at the chance to respond to the 81-year-old about his conspiratorial cautioning:

Welcome to Taco Bell, Mr. Daniels, can I take your NEW WORLD ORDER?

"The Illuminati went down to Taco Bell, looking for some Baja Blast..."

Charlie Daniels vs. Taco Bell, just like the Bible predicted

Wait until you see the Bilderberg ad from Arby’s.

And the Bohemian Grove ad from Hardee’s

Deals with the devil are not a frivolous subject

While the bearded old-timer is telling us to be cautious, it doesn't appear the internet is heeding his warning. 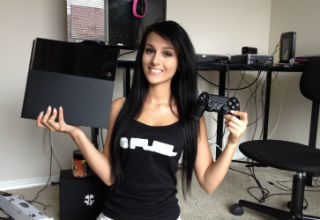 NEXT ARTICLE PlayStation Gamers Were The Biggest Wankers In 2017