An inmate named Andrew Holland died while in custody at the San Luis Obispo County Jail in, after being bound to a restraint chair for 46 hours.

Holland was 36 years old, and had suffered from schizophrenia since his early 20s. Holland had been in and out of County Jail on low-level offenses.

Court records and statements from his family revealed his last 15 months was spent inside a cramped isolation cell with just enough room for a thin mattress, toilet and sink.

In the video below, Officers are seen responding to Holland's cell after they witnessed him attempting to hurt himself.  Officers clad in riot gear storm the cell and place him in a plastic restraint chair.

Holland was left in the chair for nearly two full days, with deputies and medical staff entering the cell every couple of hours to rotate his arms and legs and offer him a cup of water and food.

The county's medical examiner ruled the cause of death as "natural" due to an pulmonary embolism, when a blood clot in his leg traveled to his lung.

In the video, deputies are seen watching from outside the cell as Holland is laying on the floor, struggles to breathe and eventually loses consciousness. Deputies are seen laughing and joking during several different points throughout the footage.

The video evidence seems to contradict the county's official account of the incident. The footage shows that Holland wasn’t “found unconscious and unresponsive” and was definitely not “under the continual care of a physician” at the time.

Thursday, an Administrative Officer for the named Wade Horton called the video "extremely painful to watch."

"What happened to Andrew Holland was a tragedy that impacts our entire community," Horton wrote. "Although we can't bring Andrew back, our county has made and continues to make changes in response to this terrible event."

Horton hopes to ban the restraint chair, hire an independent contractor to audit county procedures, and adopted the Stepping Up initiative, a sweeping plan that reduces the number of mental ill in the jail.

Holland’s family was awarded a $5 million settlement from the county, which it is using to form a nonprofit to advocate for the mentally ill caught in the criminal justice system.

Since January 2012, 12 inmates have died while in custody at the San Luis Obispo County Jail, nearly three times the latest national average.

You can read continuing coverage on the story Here. 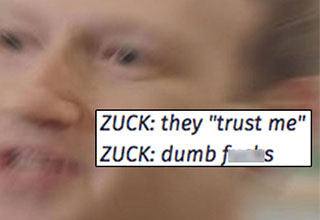 NEXT ARTICLE Is It Finally Time To Delete Facebook?