Either this is some cruel joke or a Hollywood film script either way, it's pretty hard to make up. The weekend of August 25th through August 27th, the American Massage Therapy Association (AMTA) will hold their annual conference in none other than - you guessed it - Cleveland. Just a stone's throw away from First Energy Stadium where the Cleveland Browns play.

In case you don't follow sports, the Browns' current quarterback Deshaun Watson, is dead center in the middle of a scandal involving massage therapists who say Watson sexually assaulted them while he played for the Houston Texans.

So obviously the internet had a field day.

Cleveland is reportedly hosting a National Massage Therapist Convention one block away from the Browns' stadium.

The National Massage Therapist Convention is being held in Cleveland, Ohio at the end of the month.

so there’s a national massage therapist convention (which i had no idea existed) and it’s being held in CLEVELAND???????? there’s NO WAY

And one accuser would be enough. Let's be clear, numbers should never matter when it comes to assault. One victim deserves just as much justice as two. Or in Watson's case, 30 women. 30. WOMEN. 30 women came forward with accusations that the QB had gone to them for personal massages and then sexually assaulted them in some way.

He is currently being 'punished' with a 6 game suspension this season, but that number may change.

We hope the AMTA continues to speak out against the QB when they gather at the heart of the city later this month. 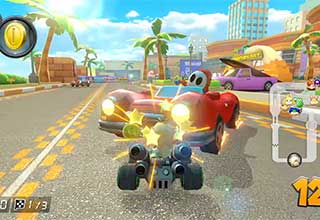 NEXT ARTICLE The Cars on Coconut Mall Move Again!