GOT Season 8 Episode 4 Spoilers Ahead 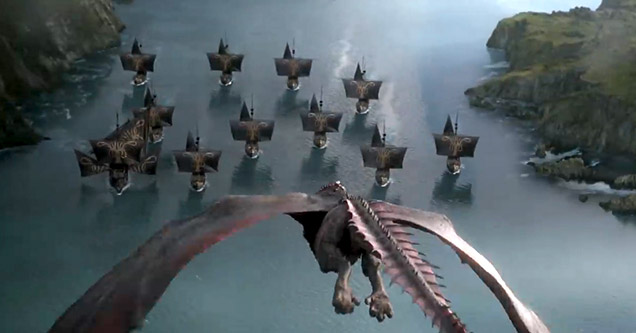 On the "Inside the Episode" commentary after Game of Thrones Season 8 Episode 4 "The Last of the Starks," writer David Benioff says the quote "Dany kind of forgot about the Iron Fleet." This quote has been mocked over and over again on the Internet and it is a perfect example of how the writing in the late seasons of the series has dramatically decreased.

Here is the original video:

Soon after, the quote turned into a meme and multiple versions came out highlighting different aspects of the poor writing. 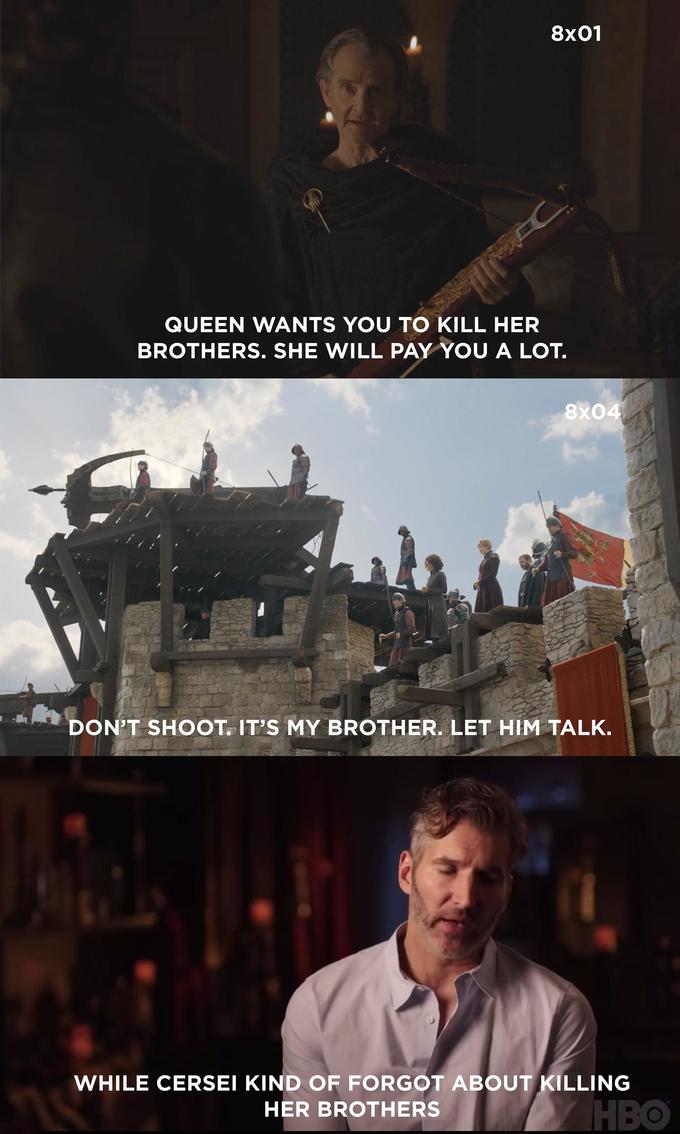 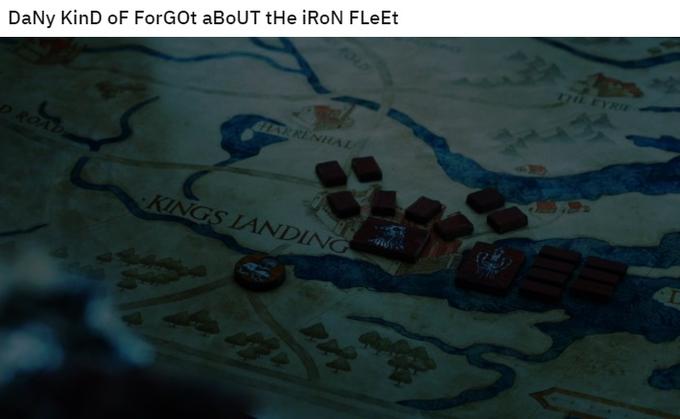 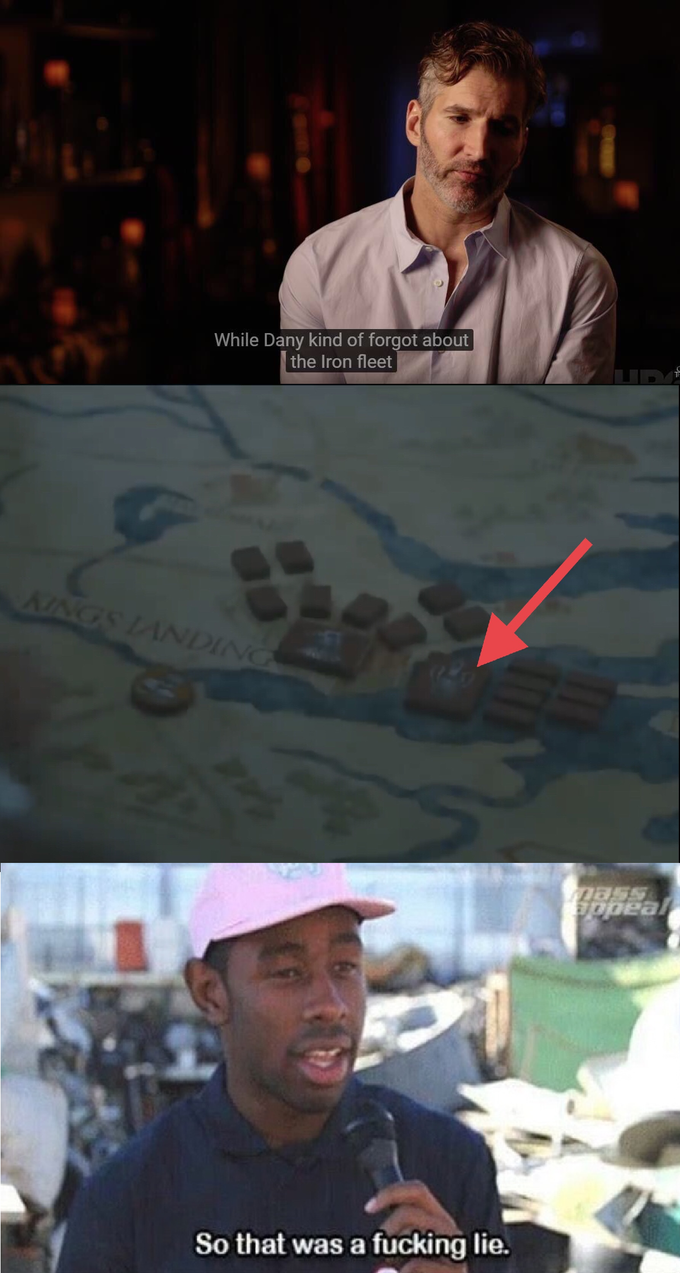 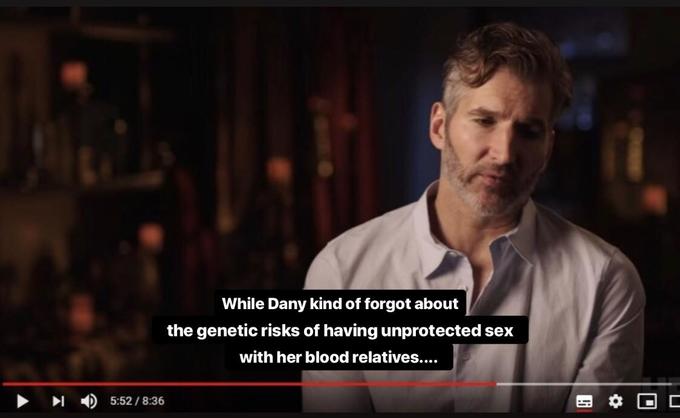 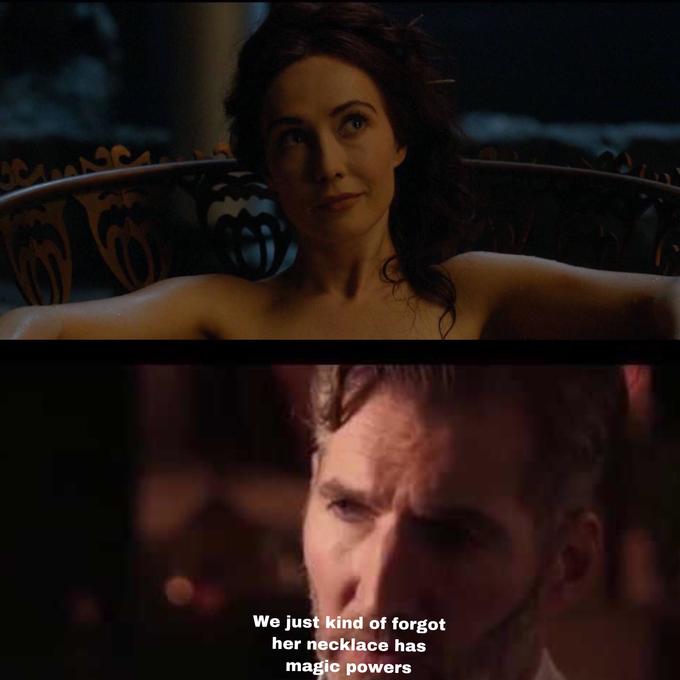 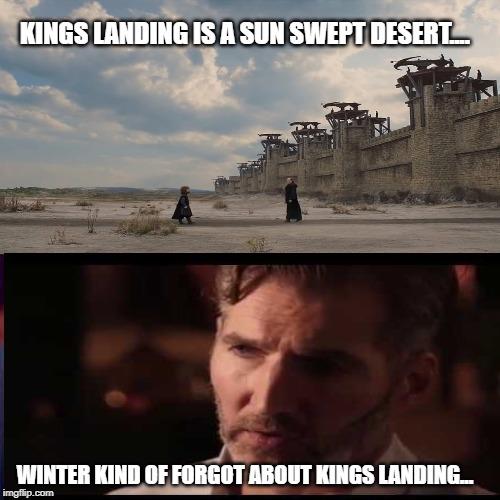 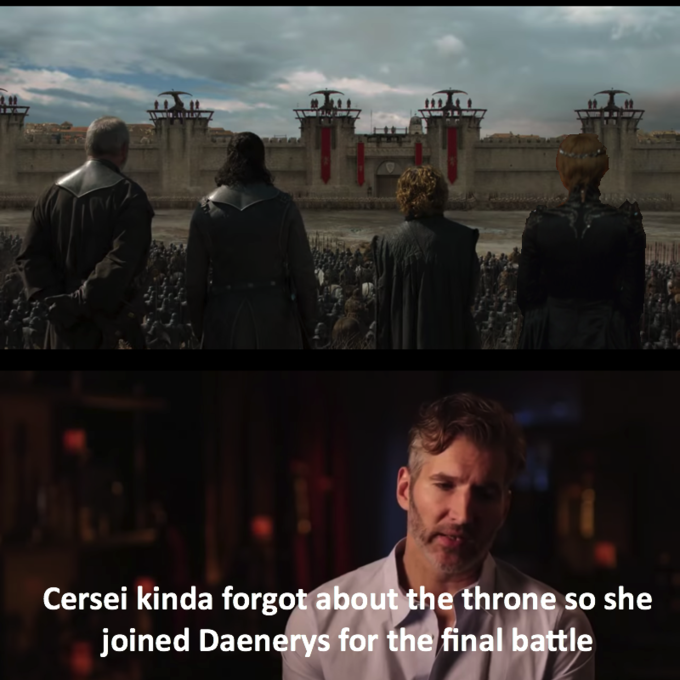 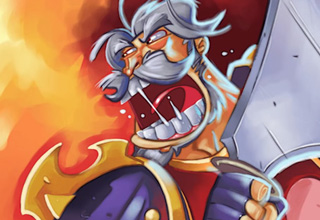 NEXT ARTICLE Today is the 14th Anniversary of Leeroy Jenkins