Firefighters in Versailles Kentucky are battling a massive fire at a Jim Beam warehouse. The warehouse holds some 45,000 barrels of Jim Beam products.

The Emergency Management Director Drew Chandler told local news agencies that two warehouses had caught fire late Tuesday and crews were able to put one out, while the other continued to burn. 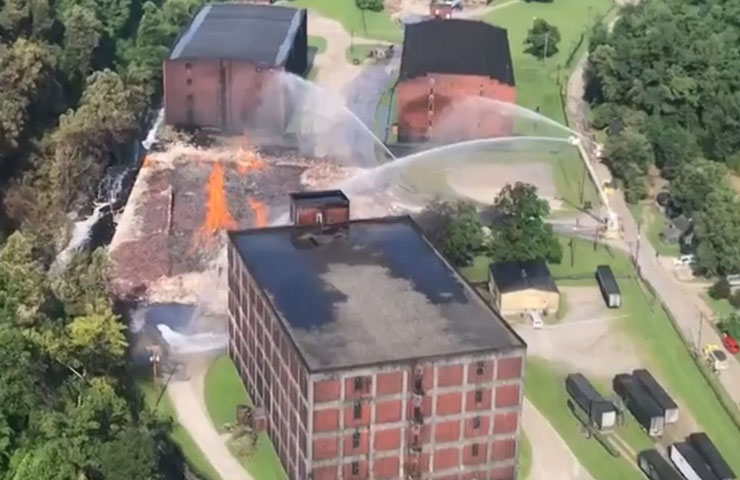 Officials believe the fire may have been started by a lightning strike. Chandler estimates crews be working the area until late Wednesday night. 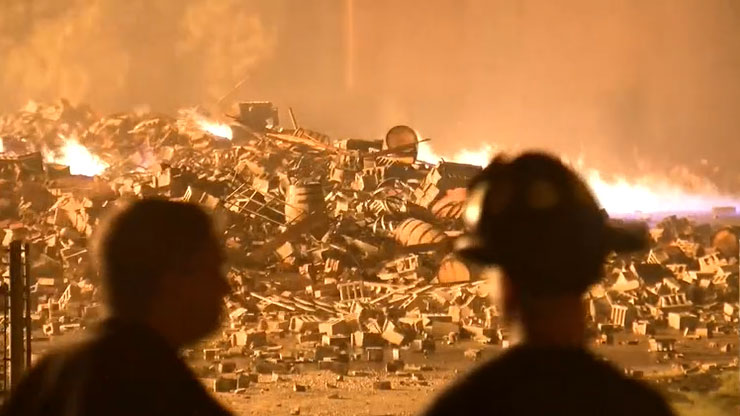 We just got this video out of Kentucky.
Firefighters battling a huge fire at a Jim Beam Bourbon warehouse pic.twitter.com/1gptiQZHjB

Dan Cohen, a spokesman for Jim Beam's parent company Beam Suntory, said there were no injuries or causalities, and thanked first responders who remain at the scene.

"We have a comprehensive warehouse safety program that includes regular inspections and rigorous protocols to promote safety and the security of our aging inventory," Cohen said. "We operate 126 barrel warehouses in Kentucky that hold approximately 3.3 million barrels for our brands, and the warehouse that was destroyed contained 45,000 barrels of relatively young whiskey from the Jim Beam mash bill. Given the age of the lost whiskey, this fire will not impact the availability of Jim Beam for consumers."

Of course there were no shortage of funny twitter reactions to the news...

This is a national emergency

When will these senseless tragedies stop? pic.twitter.com/w7037Y3OHV 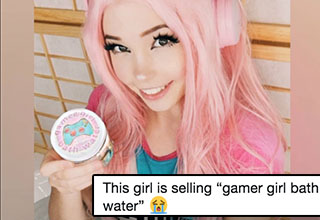