A man concealing a knife inside of a fake gun, rushed the stage as Dave Chapelle was performing at the Hollywood Bowl. Chapelle was in the middle of his set, which was part of the Netflix is a Joke Festival. A fan rushes the stage and as the video shows, the dude gets a running start to tackle the comedian to the ground.

Only footage (that I've seen so far) of @DaveChappelle taking the tackle like a boss. I was at the show. Ask me anything. @chrisrock joked, "Was that Will Smith??". Love everybody who performed! #DaveChappelle #NetflixIsAJoke #HollywoodBowl pic.twitter.com/Ha4Jo3aOE2

Security - which we're now learning included actor Jamie Foxx - took the man down quickly. And absolutely messed him up. In the video footage, we can see them basically stomping the dude out backstage.

This was Dave’s security beating the hell out of the man who bum rushed the stage and tacklers Dave Chapelle pic.twitter.com/HlBL9RgQkI

I'd say this guy has some instant regrets. Namely being turned into a human pretzel by Dave Chapelle's security team.

Saw Dave Chapelle tonight ! And this was the dude that tackled him pic.twitter.com/AOEYPujlDG

Clearly fans are discouraged from using phones during the show. Most venues prohibit video footage of any kind. But as soon as Chapelle gets tackled, it's clear all bets are off.

The comedian was unharmed, and continued his set joking that the man who rushed the stage was 'trans.'  A friendly face was also there to joke with Chapelle after the incident.

We'll have more details as they arise, and I'm sure the memes will be top notch. 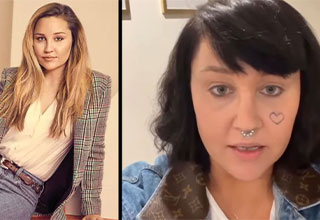