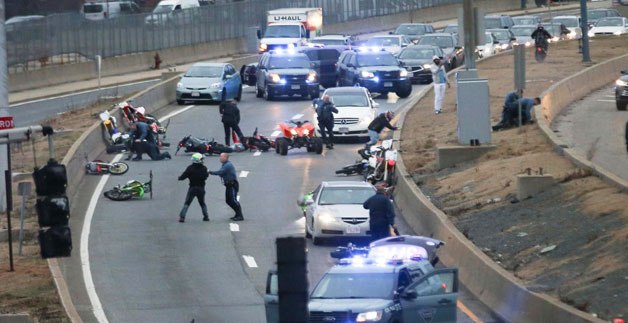 Dirt bikers causing havoc on a Boston highways were intercepted by the police. CBS Boston provided this info.

“Approximately 25 to 35 people were riding off-road bikes, motorcycles, and ATVs in a reckless manner in Boston,” Massachusetts State Police spokesman David Procopio said in a statement. “Police received numerous 911 calls reporting reckless operation by this group that was endangering the public.”

The riders “were mostly wearing masks, their faces were obscured, almost every rider,” said Sean, a witness who recorded video of the large group of riders in traffic.

“They scared us,” recounted another witness who saw the riders weaving in and out of traffic and doing “wheelies.”

One of the bikers actually posted a video of his narrow escape.

Others were not so lucky. One of the participants was shot and wounded.

Several motorcycles and ATVs being towed away after a police-involved shooting on Interstate 93 in Boston. Heavy traffic in the area. @WBZ pic.twitter.com/2JlBpSoEzV 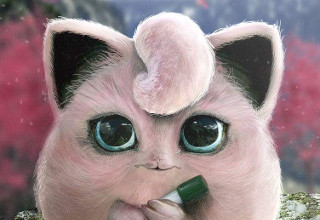 NEXT ARTICLE Pokemon Sure Look Creepy (And Awesome) In Real Life