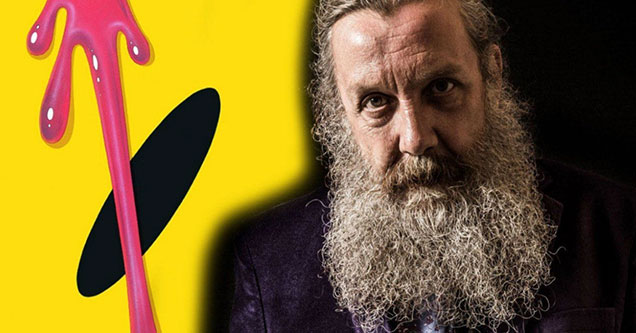 Comic book culture sucks and we aren't afraid to say it.

World-renowned writer and graphic novelist Alan Moore, the brain behind Watchmen, spoke with Brazilian writer and editor Raphael Sassaki in 2017  about a number of things, but specifically, how much comic book movies and comic book culture sucks.

Alan Moore is just the most recent person to speak out against the rising tide of comic book culture invading the world of cinema. Though Moore doesn't specifically make that distinction but rather critiques comic book culture as a whole, parallels can be drawn to the statements made by Martin Scorsese, Francis Ford Coppola and other renowned directors.

But where these other critics fell short, Moore dug his heels in even deeper, going so far as to say that comic book characters and films are "very much white supremacists dreams" and that their popularity to him, 'suggests some kind of deliberate, self-imposed state of emotional arrest, combined with a numbing condition of cultural stasis." 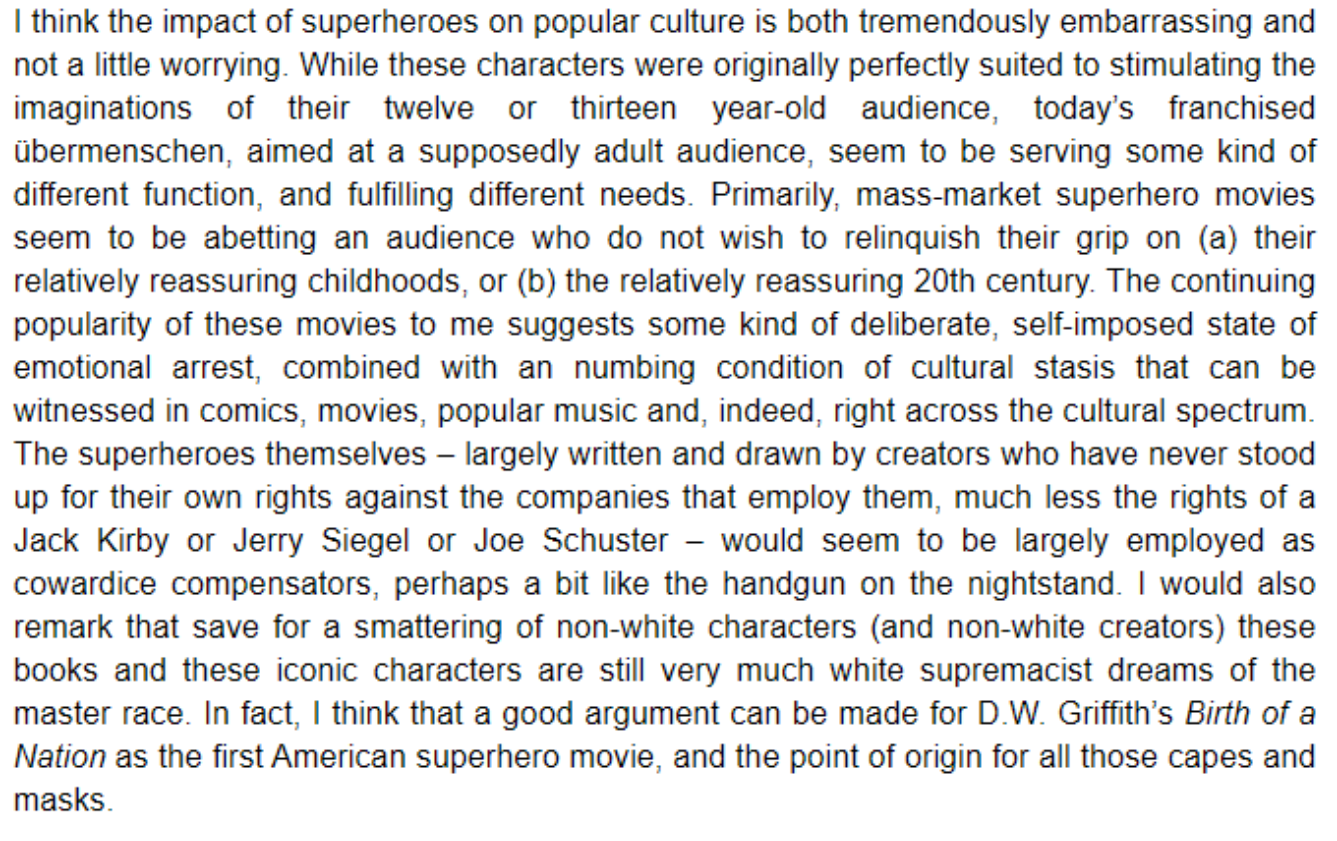 If you read what Moore is saying, he doesn't go out of his way to shit on things that people like simply because they like them or because he thinks them lacking in creativity but instead argues that comic book movies lack real danger and emotion, eventually only serve to further bolden our feelings of safety, to the point of cultural stasis.

And what is more telling than the words of someone like Alan Moore, not just his correct assertion that comic book movie are utter crap, but the reactions from fans to said comments that illuminate how true is words are.

An analysis like this will never be intelligently considered by lovers of Marvel, for the simple reason that these movies do not inspire or even endorse self-inventory, adult introspection, and intellectual rigor. They're pure escapism, with all the fun and folly that implies. https://t.co/Tf3jElZRuk

Besides what Moore said above there is little left to say on the matter. The movies, however, fun and well made they are, are not meant to move or inspire change but are products, well packaged and sold to audiences that have acquired an insatiable taste for big flashy blockbusters that require nothing from their us. 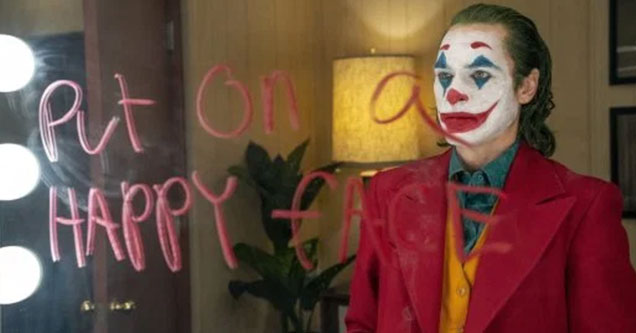 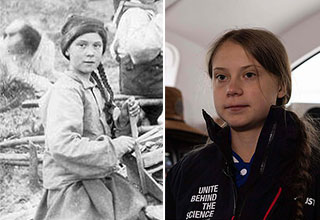