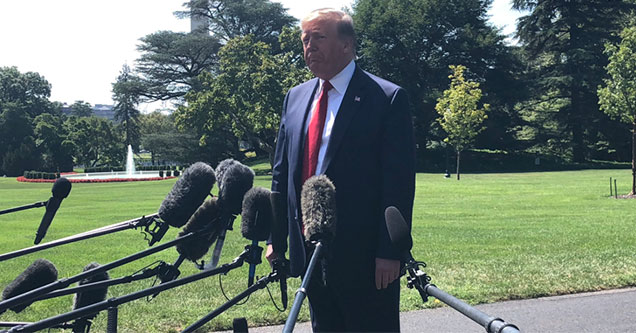 Donald Trump is many things, a reality TV Star, a billionaire, a playboy, and even the god damn President, but if you ask him, he'll tell you that's he's also the 'Chosen One' (to work out a trade deal with China).

President Trump: “I am the chosen one” to take on China with trade pic.twitter.com/TpIRS9Rqt8

During a press conference today before getting on his choppa, biz-pres, declared himself the chosen one. This just one day after he said something about being the King of Israel, or the King of the Jews, with his comments about "bad-jews" who vote for Democrats.

So in response, many people quickly got the hashtag #anti-christ trending on Twitter. We don't give a shit, either way, let him be the chosen one, or let him be the anti-christ, just please vote for a candidate who will stop war and help American's get out of debt.

Here are some of the best memes and reactions:

When you wake up and see Antichrist trending. pic.twitter.com/VEMFnyvE4W

So. If Obama is the antichrist, the head of the New World Order, the easy jump is to Trump, his opposite, being the messiah. It’s a giant, incomprehensible mess of narrative and myth and generational manipulation. And it’s as dangerous as it gets.

I just noticed that antichrist and king of Israel are trending. pic.twitter.com/S2DRLZPvOE

Hmmm... the antiChrist is supposed to do shit like that. #Bldg666 #MarkOfTheBeast pic.twitter.com/gAnvjZwdvz

This is all Susan Sarandon's fault. The most powerful woman in the world who ushered in the antichrist with her one vote. pic.twitter.com/v31tndyaIw

Antichrist is trending on Twitter! I wonder why? Oh wait, now I know, @realDonaldTrump pic.twitter.com/EMH8fQG65T

I expected my antichrist to have an IQ that topped 89. pic.twitter.com/MBPay0JmB0

Me waking up to #Antichrist trending: pic.twitter.com/uMON8xhHJ4

#MRW I see reports of someone referring to Trump as the "King of Israel" as well as other Christian referring to him in sense of Second Coming of Christ or Trump himself talking about being the "Chosen One".

I mean fuck...it is starting to sound like he is the antichrist!? pic.twitter.com/RJWDJlvl4F 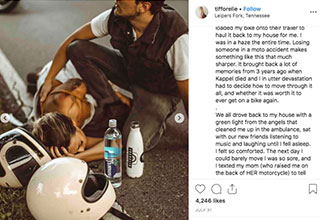