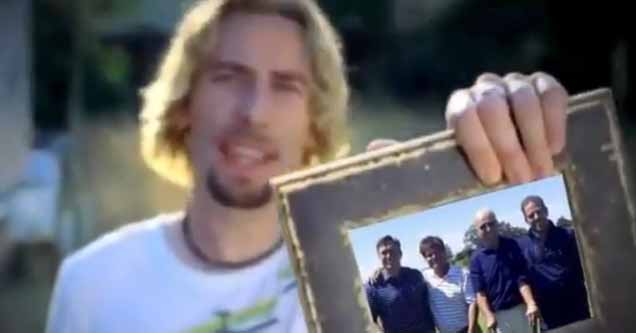 You wouldn't think a day on which it was reported that the President once allegedly toyed with the idea of an alligator-filled moat at the border would get any weirder. Well, we live in the dumbest timeline, so think again... because Donald Trump just dragged Nickelback into things.

Trump spent much of the today in frustration, answering questions about the aforementioned border moat, as well as his ongoing impeachment investigations - which seem to see a new bombshell development on a daily basis.

In an attempt to once again shift focus on potential wrongdoing by Joe Biden and his son, Hunter, in business dealings with Ukraine, Trump posted a video meme of Nickelback's song "Photograph," where the photo in the frame has been replaced with one of Joe and Hunter Biden golfing with a Ukrainian gas executive.

LOOK AT THIS PHOTOGRAPH! pic.twitter.com/QQYTqG4KTt

Of course, Twitter was instantly on fire with reactions: 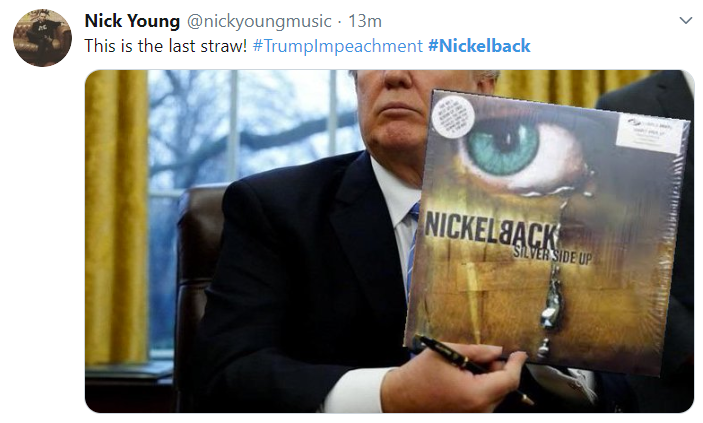 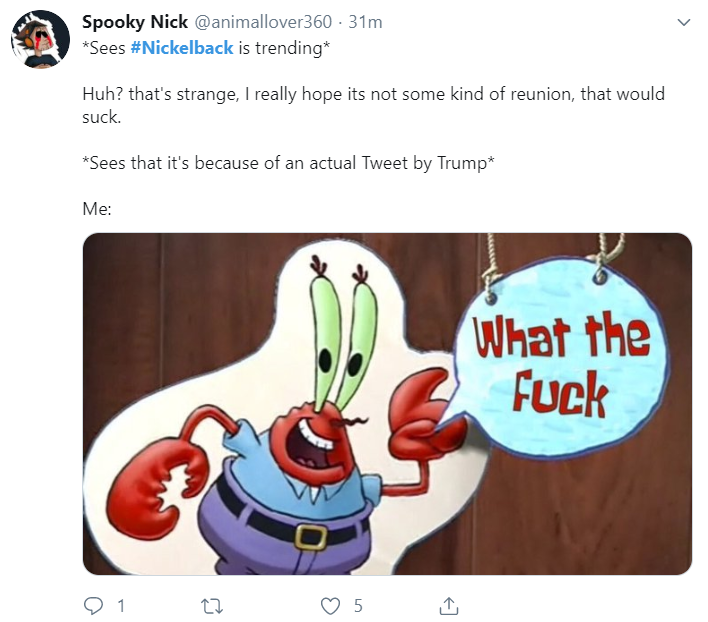 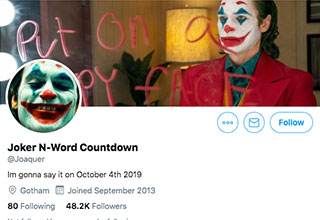