A woman was photographed at an outdoor restaurant having a talk with her boyfriend.

When I realized what she was holding pic.twitter.com/TMC3unAIA4

Yeah. Those are screenshots of texts exchanges he had- probably with other women.

You know how mad you gotta be to take screenshots , upload to the computer, and print IN COLOR. pic.twitter.com/RECPZZI1Rn

Twitter is currently having a field day with the exchange.

1. Save screenshot to OneNote on phone.
2. Print* from OneNote on computer.

Only two steps, but I do a lot of Technology process improvement.

*still gotta be mad enough to pay for color

"Hey babe we already got our food why you getting another menu fo..." pic.twitter.com/dUmEv67NL7 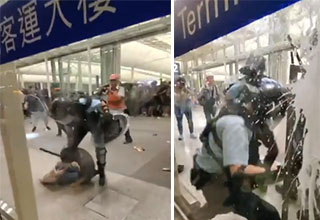