Move over, Gamer Girl Bath Water! Yet another questionably-scented fluid has captured the hearts — and wallets — of Disney Adults around the globe: Racist Log Liquid.

Hours after the closure of Splash Mountain on Monday, a log-flume ride based on 1946’s Song Of The South, a film so aggressively racist that Disney refuses to release it from its “vault” and Google’s first suggested question upon typing the title is whether it’s “illegal in the U.S.,” fans flocked to eBay to sell water from the ride’s final runs.

While generally fairing for less than Belle Dephine’s $30 bottles of bath water — what can we say, e-girls are just more marketable than fox animatronics no matter what the Five Nights at Freddy’s girliepops may argue — bottles, bags and other containers filled with the fluid have cropped up on the platform, going anywhere from 99 cents to $1,000.

The latter has yet to garner any bids  — after all, who has money for chemical-treated flume water when you’re dropping upwards of 50 bucks on commemorative Minnie Mouse ears and a few grand to cosplay as Star Wars characters in a windowless hotel — others, many of which suspiciously bear the same product photo, have garnered tens of bids, including one currently going for $202.50.

disney adults were filling up water bottles from water on splash mountain and are selling them on ebay for around $200. just INSANE behavior

Though the ride is set to reopen in 2024 as the Princess and the Frog-themed Tiana’s Bayou Adventure, a very wholesome, welcome change despite the seemingly strategic context of its announcement, which was *definitely not* a CYA effort as Disney attempted to detract from the fact that it was profiting from racist IP amid the George Floyd protests in June 2020, if there’s one thing we can be sure of, Disney Adults will always Disney Adult.

Splash Mountain is a beautiful name for a girl pic.twitter.com/lkfgBTven7

Thoughts and prayers to Splashleigh Mountain and her mother in these trying times. 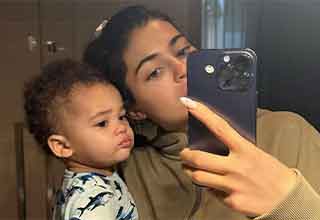