Elon Musk - the richest man in the world - is now the CEO of Twitter. What does that mean? Who is Elon Musk really? We've collected some of his recent tweets since purchasing the company for an estimated $44 billion. Is he a genuine genius who truly wants to make a difference, or is he just really good at hiding his affinity for sh*t-posting?

Sure. Perfect. Let's have fun. That's what the internet is for, right? It does seem like Elon took a page from the Donald Trump book of slogans, but hey it is what it is.

Musk has made it very clear that his Twitter will be all about free speech.

From the political, to the comedic. It almost feels as though Elon is just trying to f*ck with us sometimes. Like could he buy Coca-Cola? Probably. Would he actually do it? Who knows.

For Twitter to deserve public trust, it must be politically neutral, which effectively means upsetting the far right and the far left equally

Another rather divisive political observation.

He's clearly outspoken about his political beliefs, and how they will influence Twitter moving forward.

But I’m no fan of the far right either.

And then there's this. Like what am I supposed to do with this? I feel like I just clicked on r/DankMemes and some kid learning how to use photoshop just uploaded this pic.

in case u need to lose a boner fast pic.twitter.com/fcHiaXKCJi

Even the most powerful of men have their limits.

And @justinbieber only posted once this entire year

The dude literally tweeted a meme of himself. Egotistical? Or just in on the joke?

There was a point in my career that if I tweeted something like this, I would've been fired from my job. The guy who owns twitter hit send on this post with no hesitation. 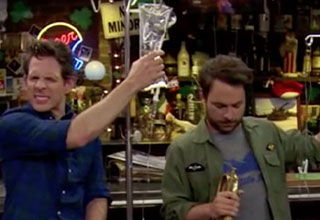 NEXT ARTICLE 5 Most Competitive Fictional Games from TV Shows