Traveling by airplane can be quite a hassle. Long lines, flight delays, layovers, and let's not forget the ultimate wild card... fellow passengers. Recently,  a Frontier Airlines flight had to deboard the plane do to an unruly woman and her emotional support squirrel.

Many airlines allow emotional support animals on board ranging from dogs, cats and oddly enough, miniature horses.  Other animals such as birds, snakes, and rodents are pretty much universally prohibited.

According to Frontier, the woman had indicated that she would be traveling with an emotional support animal but failed to specify what the animal was.  She actually managed to sneak the squirrel through security, the airport, and eventually onto the plane.

After the animal was spotted by passengers and the crew, the woman was asked to leave the plane, but she flat-out refused. The police were called in and every single passenger on the plane had to get off so they could remove the woman, and her tree rat.

i just want everyone to know that all passengers had to deplane my flight to cleveland because a woman brought a SQUIRREL ON THE PLANE pic.twitter.com/TAdzUuKRWe

The cops managed to escort the woman off the plane in a wheelchair, with her furry friend inside a cat-carrier on her lap. Her fellow passengers were understandably upset after being delayed for two hours and forced to evacuate their flight, cheered as she made her way out.

In a truly dramatic exit, you can hear the woman  yell "shut up, bitch!" at a passenger before throwing up a defiant middle finger as she's wheeled toward the main terminal.

This woman's defiant and IDGAF attitude reminds me of a certain belligerent badass we've all come to know and love, whose catchphrase is probably exactly what this woman was thinking. 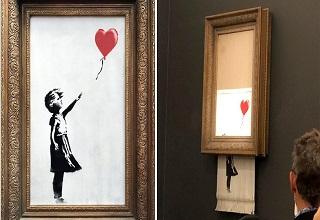