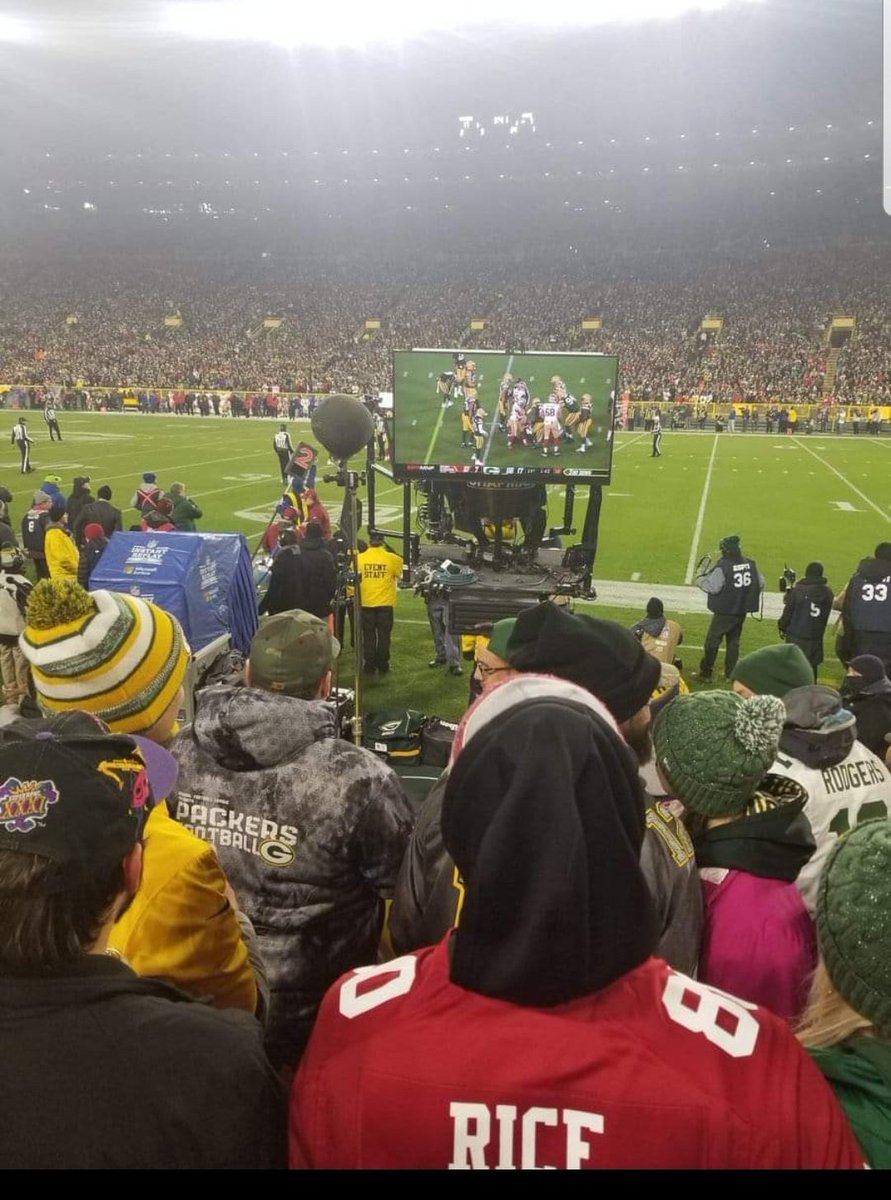 Lower-level Monday Night Football tickets don't usually come cheap. Good seats for next week's Patriots vs. Bills matchup are hovering around $130, and that's just to watch The Bills at home. Tickets in a similar area for the Dallas Cowboys/Tennessee Titans matchup are all above $300. It shouldn't come as a surprise then, that fans were pissed ESPN trotted out their new MNF setup.

This is how ESPN pitched the new setup before the season began:

McFarland will have the best seat at Fedex Field on Thursday when the Washington Redskins host the New York Jets in an exhibition game. He’ll be riding in an elevated chair that will be positioned over the line of scrimmage for each snap, giving him a God’s-eye view of the action. He’ll be transported up and down the sideline by a cart equipped with two outreached arms, one for McFarland’s seat and the other for a camera operator.

"I’ll be able to see and hear up close the footwork, motion, things that are being said, the audibles, things you can’t see from the booth," said McFarland.

He’s not simply in a moving seat. He’s surrounded by a desk that features computer and video monitors, allowing him to call up statistics and replays to enhance his coverage. And it isn’t just his raised seat that separates him from traditional sideline or field reporters.

"The Booger Mobile" as it's being called, is ESPN's way of getting their host Booger McFarland closer to the action, but it's coming at the cost of fans' viewing experience.

Even after all the complaints, here is the flat-footed response ESPN sent to Sporting News:

The unique field-level perspective that the cart provides is an enhancement to our 'Monday Night Football' coverage. It is constantly moving up and down the sideline throughout the game, rarely in one spot for an extended period of time. The cart is also equipped with a large monitor so fans can see the game telecast.

So there you have it, hardworking football fans. ESPN doesn't care about you. Enjoy watching a grown man named Booger instead of the game.