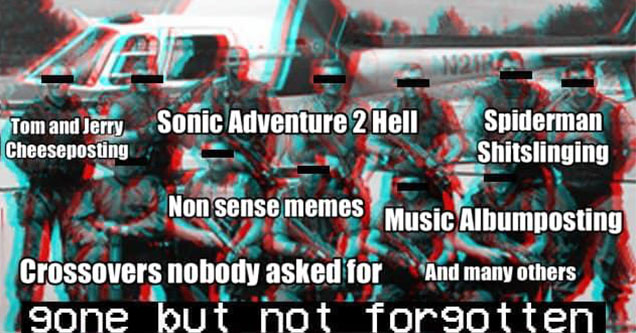 One of Facebook's biggest meme-posting communities 'Crossovers Nobody Asked For' (CNAF) has been shut down by Facebook after mass reporting by the Indonesian Reporting Committee (IReC).  The Indonesian Reporting Commission may sound like a fairly official organization but in reality is a closed (now secret) Facebook group with around 1000 members that targets other groups to get them removed by targeted by mass reporting. This process is also commonly referred to as zuccing, involves large groups identifying a target, often seeding content that breaks Facebook rules, and then mass reporting that post.

It is rumored that the admin of the Indonesian Reporting Commission group was run by 18-year-old Muhammad Salima, but that's yet to be confirmed. 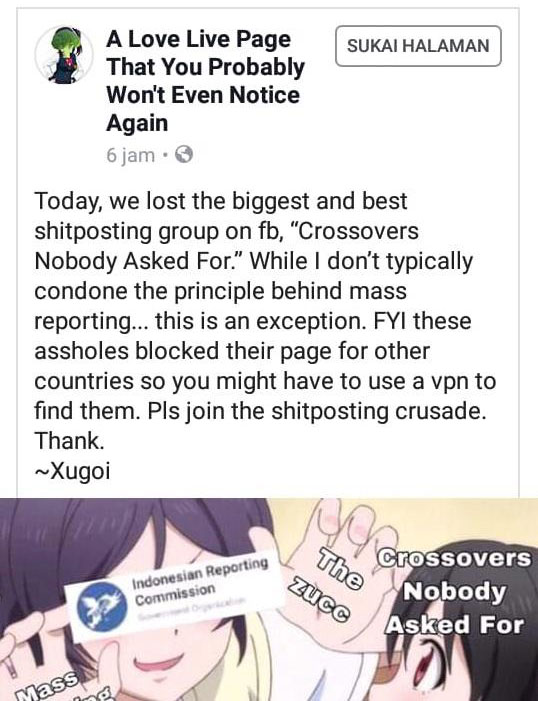 The group is known for reporting pages that break FB's terms of service, yet this time they messed with the wrong community. Fans and members of CNAF quickly migrated to CNAF Season 2, a separate page for their shit posting, but were saddened when that too was soon deleted.

It appears that the admin in charge of running IReC has been doxed and his location and other personal information made available to the public, but some of this information, including that he was beaten up have been unconfirmed. 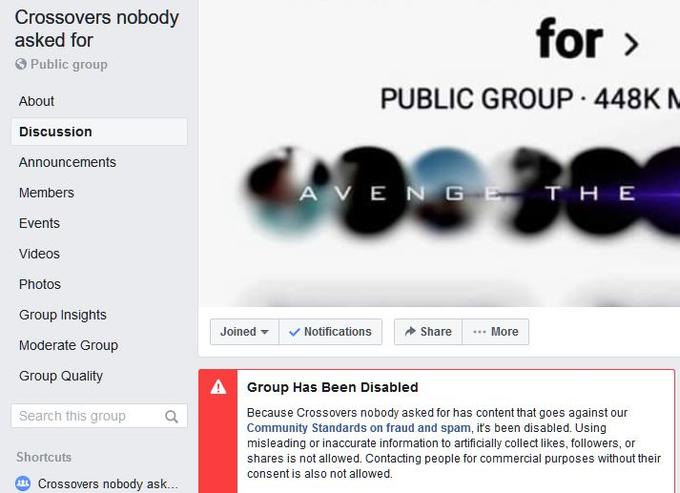 Other meme groups on Facebook quickly saw what was happening and they made their groups private or secret, in order to protect their members and their communities. Many of these pages have still not undone their privacy changes in fear that there might be a copycat attack or reporting of pages 'breaking the rules'. And IReC was single-handedly responsible for having more than five pages removed from the platform, CNAF having over 500k members alone. 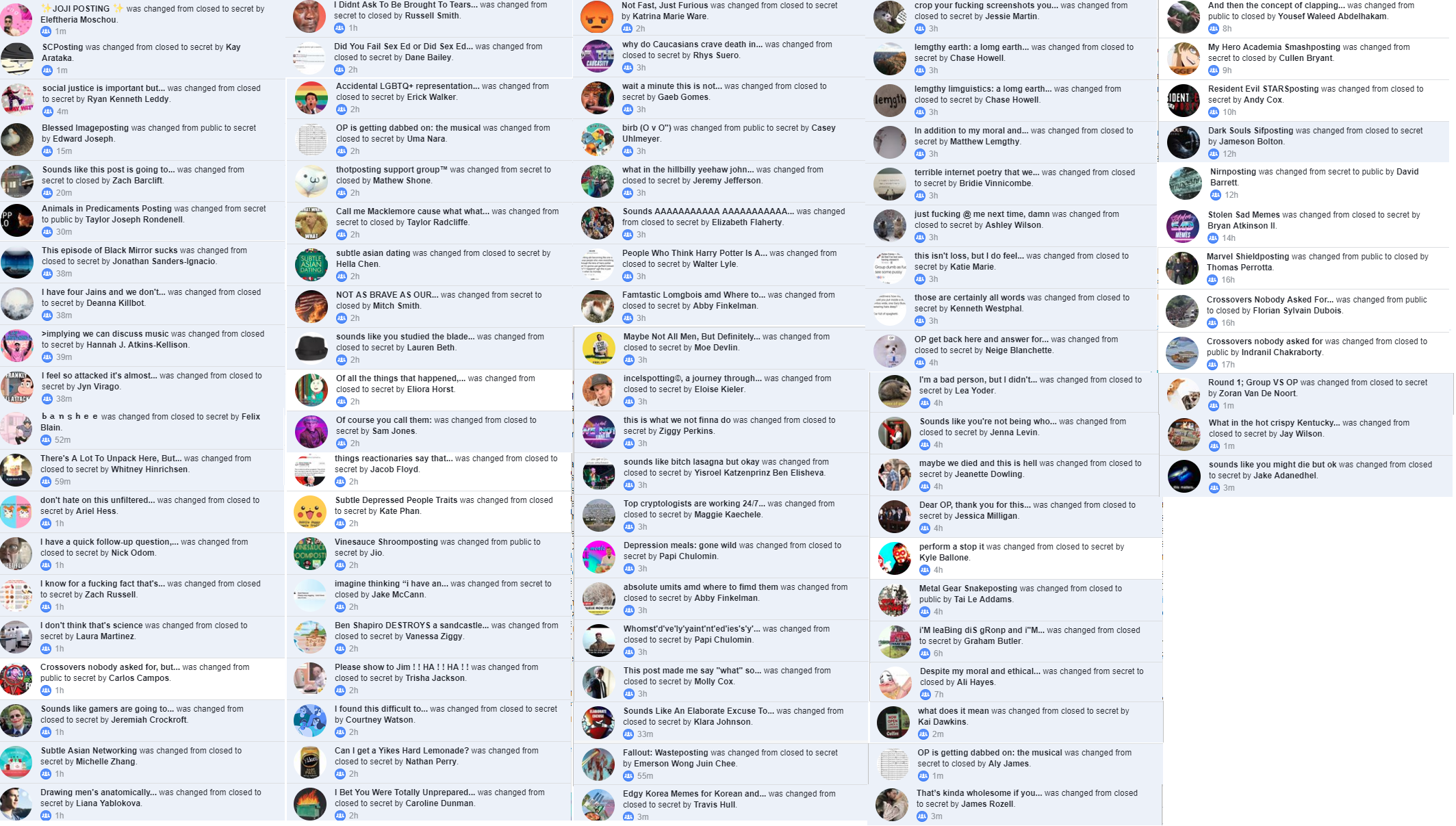 In other unconfirmed posts it's been claimed that someone put a bounty on Salim for $300 USD, if he could be located. That lead to a leak of what is purportedly his address, phone number, and the phone numbers of his family members which began to circulate widely. Even fake images of Salim being beaten up began swirling around Indonesian communities on Facebook. 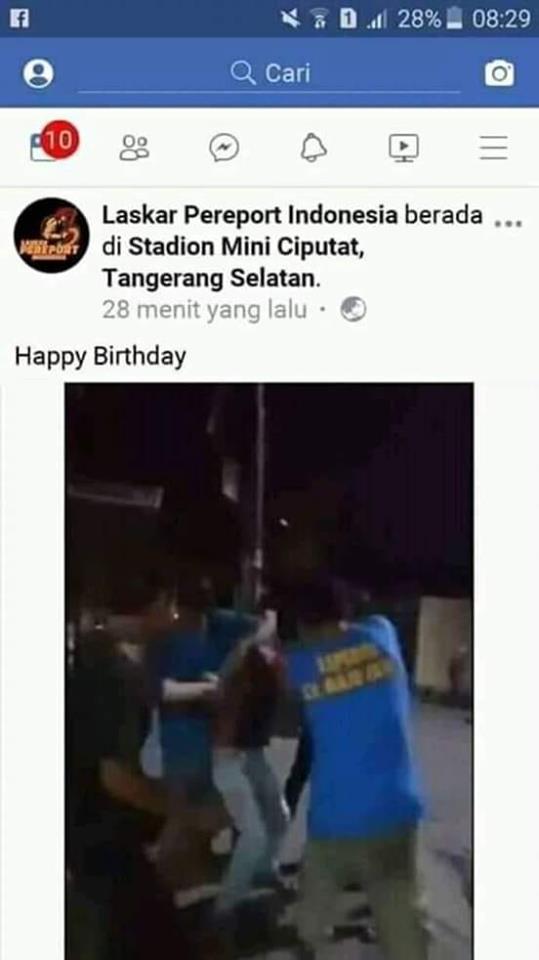 After days of harassment and being public enemy number one on Facebook, Salim issued his apology. The message can be read below and as of now the pages in connection to the event, as well as other meme pages on Facebook are still urged to keep their privacy and secrecy for hopes of self-preservation. 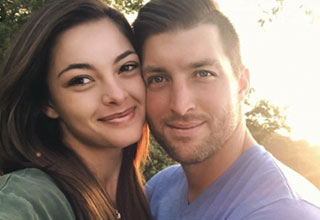 NEXT ARTICLE Tim Tebow Has Officially Had The SEX