On Wednesday morning, the FTC announced that social media giant Facebook would be fined an insane $5 Billion Dollars over the data breach and mishandling of user info that came to light during the Cambridge Analytica scandal. The settlement comes shortly after the FTC accused Facebook of violating a 2012 agreement in which it promised not to hand over user data to third parties without consent.

"The $5 billion penalty against Facebook is the largest ever imposed on any company for violating consumers' privacy and almost 20 times greater than the largest privacy or data security penalty ever imposed worldwide," the FTC said in a press statement.

Penalty is also one of the largest penalties ever assessed by US government for any violation.

This twitter user brought up a great question, that I'm sure is on a lot of Facebook User's minds...

Who gets the $5 billion, all the people that were used? Of course not, but really Is like to know who gets the 5 billion, and what do they do with it?

You can watch a live stream of the settlement conference starting at 11 AM EST here:

Watch the press conference on the Facebook settlement LIVE at 11 am ET TODAY: https://t.co/WcePKcv90x

The Department of Justice is also suing Facebook in a separate case over accusations that the company "repeatedly used deceptive disclosures and settings to undermine user's privacy".

The lawsuit alleges that Facebook failed to properly screen 3rd party apps before granting them access to user data, misrepresented users ability to control use of facial recognition technology, and collected cellphone numbers for "security purposes" but did not tell users it would use the information to target advertising. 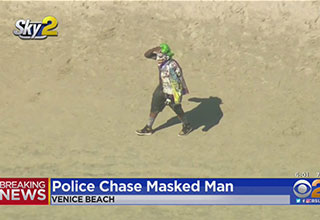